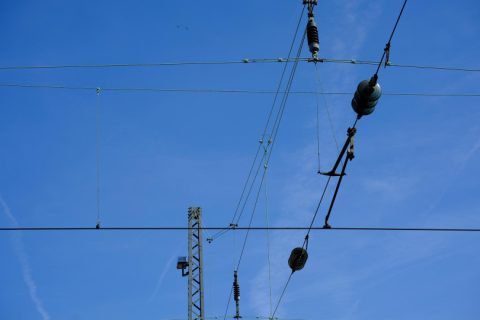 ERFA, UIP, and UIRR urged the EU to activate “an emergency intervention to address high energy prices that will be applied to traction electricity used by freight trains”. Electricity prices throughout the Union have increased between 300 and 1,000 per cent, while diesel prices have gone up by 70 per cent. This trend is quite damaging for the rail freight industry, which is competing with long-distance trucks, often powered by diesel.

The three associations are warning that a lack of initiative from European institutions and member states might lead to additional double-digit price increases over the next few weeks. Considering the ambitious European plans concerning the shift to rail, they suggest two possible solutions to solve this problem.

First, the 2020 EU regulation on the rail market during the COVID-19 outbreak allows member states to waive, reduce and defer track access charges until the end of 2024. “Such measures could also assist rail freight undertakings in compensating for increased energy prices,” the associations pointed out. Secondly, they claim that the EC should push member states to reduce infrastructure charges and compensate infrastructure managers.

CER addressed the issue as well

Moreover, CER also got involved by suggesting four proposals in a letter to the president of the EC Ursula von der Leyen. First, to rediscuss the track access charges prices policies mentioned above. Then, CER claimed that rail should benefit directly from the surplus revenues deriving from the EU’s emergency energy market intervention plan.

In addition, CER is pushing for an energy-saving toolkit tailored made for the rail freight industry. They are referring to the scheme that foresees reducing electricity consumption at certain times during the day. Finally, the EU should be ready to allocate state aid schemes to cover financial losses of up to 2 billion euros for rail freight companies.

What has the EU done so far?

Over a month ago, the Parliament’s majority voted to increase renewable energy consumption to 45 per cent by 2030. Two weeks later, on 30 September the EU energy ministers’ council decided to adopt a price cap for electricity at 180 euros/MWh to tackle the galloping energy crisis. However, these measures have not been deemed efficient enough by the rail freight industry, which feels that the functioning of European supply chains is being put at risk by increasing energy prices.