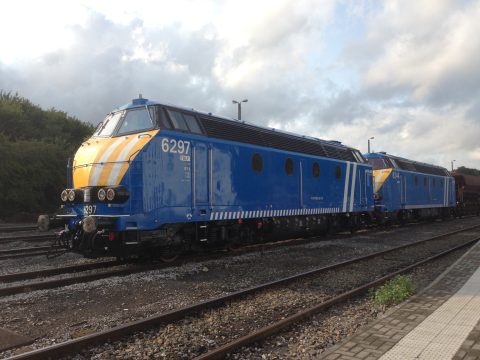 Infrabel, Belgium’s infrastructure manager, might decide to close some of its rail lines if the Belgian government does not accept the company’s demands for the future of rail freight. The government has launched a plan to boost rail freight in the country but has failed to mention any specific financial investments, which is what the company is asking for. An Infrabel’s spokesperson told RailFreight.com that the possible closure of lines is a “theoretical indication and a theoretical approach when Infrabel has presented the possible consequences of the different options regarding the proposition of the financial plans”.

The spokesperson said that this drastic measure is just one among other possible outcomes if the government’s plan is not considered satisfactory. “When the investment plan was developed, it was mentioned that the lines could get closed,” commented the spokesperson. However, the company did not share what the other options would be or for how long the possible line closures would last.

Reports mentioned that Infrabel is ready to close 700 kilometres of its lines. On the other hand. the Infrabel spokesperson said that there is nothing concrete yet because of the still ongoing negotiations. Further updates could come next week when the negotiations with the government are expected to be concluded, one way or another.

Pressure on the Belgian government does not only come from Infrabel. At the beginning of the week, the joint rail union front announced a 24 hours strike starting Tuesday 4 October at 10 pm. The strike was actually planned for 18 October but was anticipated to push the government to take a decision. The strike led to 75 per cent of trains in Belgium being canceled.

The Belgian government’s plan, named Rail Roadmap, was drafted last year and approved at the end of September. The plan aims at equipping the rail network for 740-metres-long trains. Moreover, Belgium will make an effort to remove the barriers to cross-border transport. The main purpose is to double the volume of rail freight transport by 2030.

Investments, timely, thus adding to capacity, to utilisation of assets , simply quality is needed!
(Other just for quantity, at a no longer optimal infrastructure – are cementing – and devastating…
At supply chains, quality of infrastructure matters, more than ever.)
Predictive, “optimal maintenance”, current mantra, now is big business – and just telling about a needed shift.
(Electrification, yes, but a timely, etc.)
Redundancy, resilency and above all robustness, handsomely is rewarded!