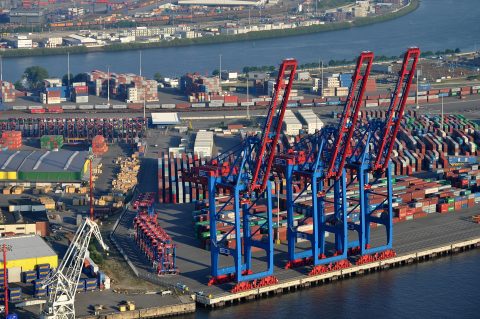 Robert Habeck, the German minister of economy, asked to halt COSCO’s rise in the port of Hamburg. The Chinese company is, in fact, about to finalise the acquisition of shares of the Container Terminal Tollerort (CTT). Habeck fears that this transition would help China gain control over routes as well as crucial destination points, which is what the government wants to avoid. “The final say lies with the Cabinet of the Federal Government,” said a spokesperson from the port of Hamburg.

Recently, COSCO postponed the deadline to finalise operations from September to the end October 2022, instigating the German government’s dismay. Adding to the dispute is the fact that the city-state of Hamburg is the major stakeholder of HHLA, which operates the port. Hamburg, in fact, has its own parliament and senate. This means that the city can take important decisions without necessarily consulting with the Federal government.

Finalising the transaction is quite a necessary step to carry on projects and works in the port. The spokesperson told RailFreight.com that “there will be no information about the concrete remodeling plans for HHLA Container Terminal Tollerort until the transaction is approved”. However, the spokesperson pointed out that rail freight is not significantly damaged by this situation, since there are four other locations in the port where China Railway Express cargo is handled.

COSCO and the CTT

On the other hand, Axel Mattern, CEO of Port of Hamburg Marketing, claimed that the port of Hamburg is involved in business, not politics and that COSCO’s arrival needs to be viewed as an opportunity. Germany is not the first country that has recently challenged China’s approach when it comes to the New Silk Road. A few days ago, it was reported that future Italian Prime Minister Giorgia Meloni is contemplating the idea of Italy leaving the Belt and Road Initiative.

The relationship between COSCO and the port of Hamburg took a decisive turn in September 2021, when the Chinese company started negotiations with the port of Hamburg to acquire 35 per cent of the shares of the CTT. This acquisition plans to transform the terminal into the preferred hub for COSCO services, where cargo flows will be concentrated.