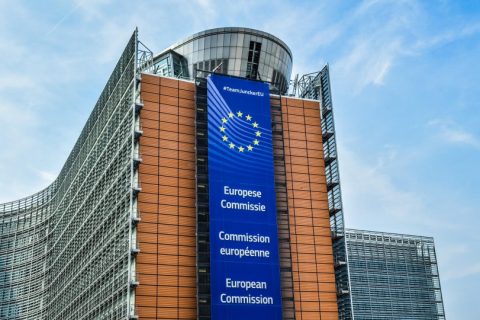 The European Commission is ready to release 5,12 billion euros through the Connecting Europe Facility (CEF) in infrastructure projects targeting mainly the TEN-T network and multimodal transport. For interested parties, a call for proposals will be in place between 13 September 2022 and 18 January 2023.

“We are making available over 5 billion euros in projects that will increase the sustainability of our overall transport network. In light of Russia’s war against Ukraine, the call will also support projects to modernise border crossing points to facilitate the transport of goods between the EU and Ukraine along the Solidarity Lanes – the lifelines for Ukraine’s economy,” stated commissioner for transport Adina Valean.

The Commission’s new and extensive investments aim to make the European multimodal network more efficient. “The objective is an affordable, reliable and effective rail network, improved inland waterways navigation and infrastructure in maritime ports, and a balanced interconnection between different modes of transport,” highlighted Brussels.

In doing that, rail-related investments will have a leading role. Specifically, the Commission explained that infrastructure investments will take place within the TEN-T network and will primarily target railways, rail-road terminals, multimodal logistics hubs, inland waterways and maritime and inland ports.

As Valean mentioned, the industry should expect much of the investments targeting Ukraine and the facilitation of its connectivity with other European countries. Consequently, some investment projects will take place on the Polish-Ukrainian border. However, the Commission’s multimodal perspective is critical and assertive in this new round of investments.

Gradually, the transport sector realises that transport modes will seise operating individually soon. It is of utmost importance that the European transport network is built and maintained while keeping in mind that close cooperation between rail, road and sea-multimodality and intermodality- is the way to a green future.

Especially under the current economic and energy crisis taking place, but also in light of the war in Ukraine, more and more transport companies realise that building an efficient and sustainable supply chain entails closer ties between different modes and a shift from competition to integration and complementarity.

Just “better” (but never good…)is what our mandated can promise.
Regrettably, even worse, but just for a few, those affording luxury of not caring about “eta”.
Until billions are spent for added quality of service rendered by Railways, real winners are the share owners at industries producing on road trucks.
(In fact all other devices, including road trucks upgrade for higher load and lower costs…)
The modest 22, 5c ton allowed at railways, however since long – is not allowed by traffic…