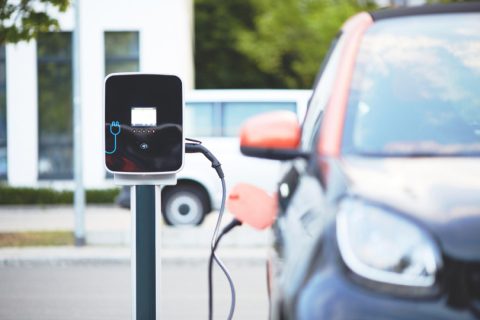 Electric cars on Eurasian rail? China seems ready to do it

New Energy Vehicles, including electric cars, could probably become the protagonists in Eurasian rail freight transport soon. The Chinese Ministry of Commerce revealed a new strategy to allow the long-awaited transport of electric vehicles via Silk Road trains following a 90 per cent increase year-on-year in exports during the first seven months of 2022.

Li Fei, the Chinese Assistant Minister of Commerce, stressed that energy cars are becoming a key export product and a trade highlight for China. As a result, the Chinese government is willing to “continue working with relevant departments to support new energy vehicle companies to speed up the construction of overseas marketing and after-sales service networks, and increase brand promotion efforts”. On top of that, they are ready to “research and expand export transportation channels and transport new energy vehicles through China-Europe trains”.

A new era for dangerous goods on the Silk Road?

With an increasing number of electric cars produced in China, the demand for China-made electric vehicles in Europe has been on the rise for a couple of years already. However, until now, the Chinese government did not permit them on the rails and exported them only by sea shipping.

Trains not transporting electric vehicles on the Silk Road was a direct consequence of China banning dangerous goods from its railway network. Electric cars contain batteries, which contain lithium, considered a hazardous substance. These are considered to pose a risk when transported overland. Transport companies, like DB Cargo Eurasia and GEFCO, have been pushing and lobbying the Chinese government to allow them to move electric cars and batteries on trains for years.

A few months ago, the freight insurance company TT Club claimed that lithium batteries would shift to overland transport, like rail, in 2022, following the “exponential increase in demand for the lithium battery market for a wide variety of rechargeable products, including electric vehicles”. Another reason electric cars and batteries turn to rail would be the rise of fire incidents on ships carrying such products, leading shippers to reconsider their options, according to TT Club.

Taking the rising demand and safety concerns into account, China seems to be drawing a new policy towards these products that could see them travelling on Eurasian trains for the first time. As the Silk Road is ever-shifting, it now sees a whole new market with huge potential. Electric cars transported on green rail could transform the global supply chains; however, the industry should patiently wait until the decision’s implementation since similar Chinese considerations also took place in 2019 but were never realised.