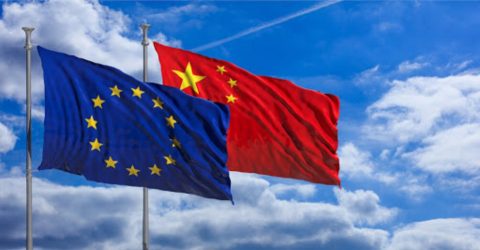 China will stop cooperating with Lithuania in international transport. This is in response to a visit of a Lithuanian official to Taiwan. According to industry insiders, China-Europe freight train aren’t affected, and the train to Kaliningrad is still running normally.

On 12 August, China imposed sanctions on Lithuania’s Deputy Minister of Transport and Communications, Agne Vaiciukeviciute, after she visited Taiwan despite China’s objections. Additionally, it will stop cooperating with Lithuania in international transport. This is also part of the sanctions imposed.

The Lithuanian Ministry of Transport told Reuters that “Beijing is choosing to continue and intensify the course of illegal actions against an EU member state.” Moreover, the Taiwanese Foreign Ministry condemned China’s actions. According to Chinese sources, the Chinese government considered Vaiciukeviciute’s visit to Taiwan as an act to undermine its sovereignty and territorial integrity and as an interference in China’s internal affairs.

However, according to New Silk Road Intermodal, a well-known logistics operator in China, industry insiders said that China-Europe freight train wasn’t affected. The train to Kaliningrad is still running normally. The train from China to Kaliningrad inevitably runs through Lithuania, and is considered an important route of the New Silk Road.

Lithuania and China’s past relationship

Tensions between Lithuania and China grew since last year, when China pressured Lithuania to close the Taiwanese embassy in the country. In addition, Lithuania and Taiwan have been increasing their ties. Because of this, Lithuanian exports in China in the first quarter of this year were next to none.