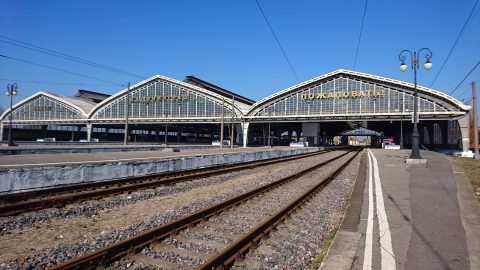 To ban or not to ban? Lithuania’s internal struggles concerning Kaliningrad

Despite the European Commission lifting the ban on Kaliningrad, Kęstutis Budrys, the Lithuanian president’s chief advisor on national security, says Lithuania should not upgrade or repair its Russian-gauge rail tracks.

Such actions, according to Budrys, would be considered unlawful. However, he stated that all the decisions taken by Lithuania may be appealed in court.

Criticism of the EU

The president’s advisor highlights that the main issue is the West’s approach when it comes to Russia. In Budrys’ view, the West is still over-optimistic in thinking there are common grounds with Russia. Lithuania should focus on cutting ties with Russia in all sectors, not just concerning energy.

“The European Commission failed to take into consideration possible reactions to its clarifications on the transit of sanctioned Russian goods to Kaliningrad”, Lithuanian Prime Minister Ingrida Simonyte said in an interview with Lithuanian public broadcaster LRT.

Moreover, an interpellation motion was filed by Lithuanian members of Parliament against Gabrielus Landsbergis, Lithuanian Foreign Minister, concerning his handling of the Kaliningrad situation.

On the other hand, Lithuanian Minister of Transport Marius Skuodis said that it was most important to agree on how to calculate the transit volumes for goods exchanged between Kalinigrad and Russia.

Lithuanian institutions concurred that the calculations should be based on the average of goods transported by rail in the last three years. These calculations will be carried out by Lithuanian Railways and based on their data. LTG claims that last year, almost 2 million tonnes of goods, mostly food products, left Kaliningrad and headed to Russia.

Skuodis told Baltic News Service that “goods that were transported before the sanctions should be allowed through. If it is something new, we will probably have to go back to the governmental commission, maybe to the European Commission for consultation”.