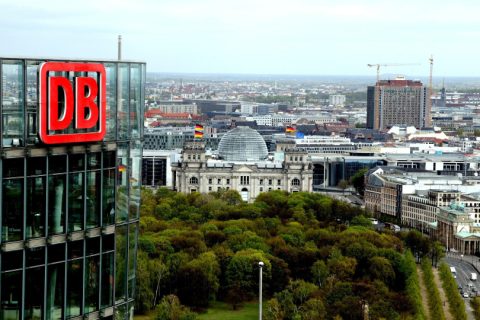 Deutsche Bahn will receive 215 million euros in the form of equity injection under the EU’s state aid guidelines. The financial support scheme was approved by Brussels, aiming to compensate the German national company for the losses of its subsidiaries from the Covid-19 pandemic between 16 March and 31 May 2020.

The subsidiaries mentioned are DB Netz, the German rail infrastructure manager; DB Energie, the traction power supplier and DB Station & Service, which is involved in leasing rental spaces in stations, among other things.

It should be noted that DB Cargo, also a Deutsche Bahn subsidiary, was put under investigation a few months ago by the Commission following a series of complaints indicating that the company received support from its mother company without aligning with state aid rules and undermining competition.

The investigation focuses on four points of concern. Specifically, it is about the profit and loss agreement between Deutsche Bahn AG and DB Cargo, the possible favourable terms for loans that the company has received, the potentially favourable pricing terms for intra-group services to DB Cargo, and the partial coverage by the German Federal Railway Fund of the remuneration of civil servants previously employed by the former national railway company Deutsche Bundesbahn and currently allocated to DB Cargo. The investigation is still ongoing, with no results available yet.

According to the Commission, “the three companies suffered losses due to the coronavirus pandemic and the restrictive measures that Germany and other countries had to implement to limit the spread of the virus. The restrictions in place between mid-March and the end of May 2020 had, in particular, a direct negative impact on rail freight and passenger traffic, which in turn led to a drop in demand for the rail infrastructure services provided by DB Netz, DB Energie and DB Station & Service and thereby in a decline of revenues for those companies.”

Also read: Commission wants to make state aid for rail easier, what does this mean?

Moreover, the Commission stressed that after the Germans proposed the grant of 215 million euros, it assessed the proposal closely and found that an equity injection would indeed be in line with the state aid rules. “The Commission found that the German measure will compensate damages directly linked to the coronavirus pandemic. It also found that the measure is proportionate, as the envisaged compensation does not exceed what is necessary to make good the damage.”

A pity it is, that Industry has “missed the train”.
Upgrading (as the global devices, for added load and lower costs, etc.) should have started 30 years ago.
Low price, “state of the art”…, has proved high cost. Quality pays!
Sooner, the better, the decisive upgrading, Shift, has to come. Capacity, when added, provides for higher utilisation of assets, of staff, etc. A New Old Railway is needed, a resilent, allowing for the “new normal”, etc.