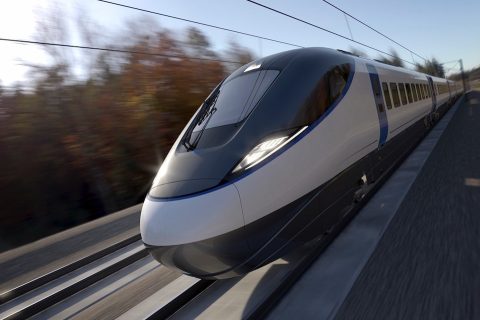 An under-reported study has emerged proposing several strategic alternatives to the HS2 Phase 2b Eastern Leg – the contentiously cancelled project in the UK government Integrated Rail Plan for the North and Midlands (IRP). An independent assessment on behalf of the UK government’s Department for Transport offers alternatives to the dedicated high-speed line that would have served important cities, including Nottingham, Sheffield and Leeds, and ultimately connected HS2 to the East Coast Main Line.

The report was prepared as part of the evidence base for the IRP. It proposes an extensive upgrade to the existing Midland Main Line and East Coast Main Line routes and four infrastructure packages which combine several new, short sections of high-speed line with upgrades to parts of the existing MML, ECML and other regional routes. These will be alternatives to the dedicated and previously planned HS2 East Leg. The report authors, London-based consultancy Mott Macdonald, say their proposals could be delivered at a fraction of the 32 billion pound (38 billion euro) cost of HS2’s Eastern Leg.

The crucial part of the report suggests a shorter, cheaper way to connect HS2 to the ECML. “Strategic Alternatives to High Speed 2 Phase 2b” proposes a past of the original plans be built from Birmingham to Nottingham, and then a new alignment be built from there to Newark, on the ECML. Other upgrades are proposed to both the Midland Main Line between London and Nottingham and the East Coast Main Line between London and Newark and destinations to the north, including Leeds, Newcastle and Edinburgh.

Some of the originally planned HS2 infrastructure around Leeds would be required to provide a path in that city. However, north of Nottingham, there would not be a dedicated line, as proposed initially, meaning Chesterfield, Sheffield, and Rotherham would be served along existing, albeit upgraded tracks.

Freight services are less well served by the proposals. However, the report recognises some difficulties, particularly around Doncaster, where several UK freight companies have extensive operations. “Conflicts between freight and mainline services are a significant constraint in the Doncaster station area”, notes the report. It suggests a variety of easements, including a diversionary route to the west of the city, via South Kirby and Ferrybridge, and some remodelling within Doncaster to provide more capacity to avoid the passenger station.

A more radical proposal includes comprehensive remodelling at Doncaster Station and a freight bypass to the east. Despite the operational convenience of this ultimate plan, the report does, however, note extensive engineering issues with this proposal. It should be noted that extensive works were only recently completed at Doncaster station to improve the public realm, and the local authority may not be too excited about the prospect of starting any time again soon.

Any investment providing for redundancy (robustness) is a big bonus. (“French concept”, splitting cargo and person traffic, is beneficial.)
Simply, by avoiding complexity at tracks, high capacity and high utilisation, safely is ensured. (Current cargo customers have shifted to “On Demand” and now urgently demand quality as high, as otherwise available!…Any technicality, not sustainable, but vulnerable and frequently providing for disturbances, now has to be outed, etc…!