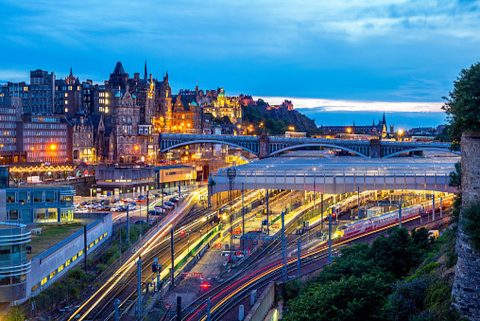 42 answers to the question: Who wants to be HQ for Great British Railways?

An astonishing response has been received to the first round of open competition to select the community that will host the headquarters of Great British Railways – the new overarching body that will administer the infrastructure and running of much of the UK network from 2023. Applications closed on 16 March. From Eastleigh to Edinburgh, a host of late entrants pushed the long list up to 42 candidates, claiming to meet the criteria of prominent railway heritage and meeting the UK government’s desire to ‘level-up’ the national economy.

In February, locations across the country with strong historical links to the railway industry were encouraged to make a case for why they should become the headquarters location of Great British Railways (GBR). Despite some criticism on the competition launched by the transport secretary, Grant Shapps, towns and cities across the country have entered and are seeking to host the executive. The deadline for expressions of interest passed on Wednesday, 16 March, with applications received from the country’s north, south, east, and west. The next stage is a shortlist, to be drawn up by the government by May, with inspection visits planned for the same month.

The public will be involved in the final choice of location, but the government retains an executive power of decision. Just how many choices will be shortlisted remains up for debate. Some of the late entries have attractive attributes to consider.

Among them, for example, come Edinburgh (birthplace of Sir Nigel Gresley – design engineer of the famous Flying Scotsman locomotive); Stockton (which, together with Darlington, was the first purpose-built passenger steam railway); and Wellingborough which has been at the forefront of railway technical development over the decades, including last week’s demonstration of an innovative retractable overhead power supply system for freight operations.

The new public body, Great British Railways (GBR), is a central part of the redesign of the railway management, outlined in the Wiliams-Shapps Plan for Rail – a radical reform set to dismantle the current franchise system of operations in the UK. GBR will integrate the stewardship of infrastructure and oversee most aspects of passenger planning. Freight operations will be independent but expected to collaborate with the new body. The headquarters operation will not house the broader executive but will be a prestigious feather in the cap of the winning community. The department for transport says the public will “help” choose the winner, to be revealed this summer.

“It is brilliant to see so many places across the country come forward to be the new home of Great British Railways”, said Grant Shapps, the UK transport secretary. “All the entries show just how proud we should be as a nation of our long railway history. With building a shortlist for the public vote, as we unlock all the energy and enthusiasm British people have for trains, to find the home of GBR.”

As part of the Government’s commitment to level up the UK, and following the publication of the Levelling Up white paper, the new GBR Headquarters will be based outside of London and bring a number of high-skilled jobs to the winning location. Local economies will be further boosted by a number of new regional GBR headquarters across the country. The implication is that more than one community from the list could benefit – although there is no obligation on the part of the government to restrict their choices to the headquarters applications list.

Government sources say GBR will be a single guiding mind that ends the fragmentation of the rail industry and drives benefits and improvements across the network – noting that the benefits will be for passengers and freight customers. “We are going to make the railway simpler and better for everyone in Great Britain, and to do that, we must get closer to the communities we serve”, said Andrew Haines, the Great British Railways Transition Team leader.