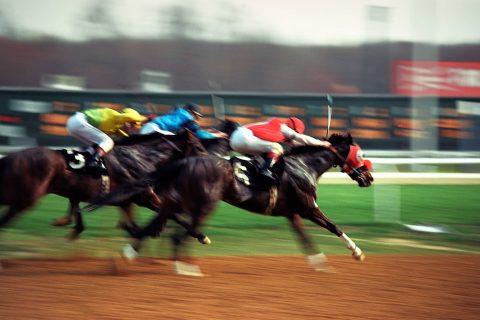 With the closing date for bids tomorrow (16 March) there is intense competition among communities aspiring to become the headquarters for the new overarching management body, Great British Railways. Despite initial derision, the competition has captured the public imagination. With London ruled out by the very first criterion, cities around the UK with railway heritage and pride of place have all been pitching in for the prestigious head quarters operation.

While the executive of the new infrastructure and operational functions of GBR will likely remain within the complex at Milton Keynes, where Network Rail will be rebranded, the management will be based in a location that answers directly to the Department for Transport in London, and will be connected swiftly to Whitehall, by rail of course. In the race for the HQ, it is almost time to come under starters orders.

The Government has said that the location must be outside of London to bring jobs and investment opportunities and support their economic ‘levelling up’ agenda. Other criteria include that places bidding should have a rich railway history, are strongly linked to the network, have good connectivity, be able to offer value for money and be able to demonstrate public support. Given the requirement for a location with demonstrable railway heritage, it is hardly surprising that the declared contestants read like the main stops for an East Coast express. Among them, Grantham in Lincolnshire may be lesser fancied, but wins on the accessibility to London criteria.

Further north, York and outsider Wakefield have declared, but with the most famous steam locomotive in the world emerging from its works 99 years ago, Doncaster certainly fulfils the heritage criteria and is favourite with the bookies at the town’s famous racecourse. “We are up against stiff competition”, said Ros Jones, the Mayor of Doncaster in the understatement of the year. “Winning this bid will bring huge benefits to the town and I appeal to the people of Doncaster and South Yorkshire to help us prove that it has support from businesses and the public.” With all the major rail freight operators represented in the town, there is keen interest from the sector, even though GBR will have less impact on freight operations than on the management of passenger services.

Crewe should be so lucky

Over on the West Coast, there can be no surprise at a bid from Crewe. However, while every civic dignitary worth their salt has stood on a platform and proclaimed their support for a bid, Crewe is hitting all the right notes with a chart topper onside. Rail charter operator and music impresario Pete Waterman has put his considerable star-making pedigree behind the Cheshire town. The man who turned Kylie Minogue from a diminutive soap actress into a diminutive world superstar, hope to make “Crewe is the natural for the headquarters to be”, he said. “Crewe is an amazing place.”

The other great junction on the West Coast Main Line, Preston has also put in a bid, albeit without the support of any chart-topping pop stars. Of equal merit to Crewe, the thriving railway centre of Derby has made a strong bid, with the odds shortening as Wednesday’s deadline approaches.

West and South saddle up too

The UK government’s ‘levelling up’ agenda may make it hard to ignore the multiple bids from communities north of London. However, that has not deterred valid runners coming under starters orders from elsewhere. The spiritual homes of the great engineers – Stanier and Flying Scotsman himself Nigel Gresley – may well be represented by Crewe and Doncaster, so it can come as no surprise that the famous Brunel is also evoked. Both Didcot and Swindon, towns on the Great Western Main Line that owe their existence to Brunel’s railway, have tabled bids. Didcot, better known lately for its F1 motor racing heritage, is closer to London, but it may be overshadowed by Swindon, a name synonymous with railway development.

If there is something of a dark horse in the running, it is Southampton. The Hampshire port has seen much interest fo late – not least for the extensive remodelling of its port railway, and growing importance as a rail-led trading post, handling automotive exports, intermodal and bulk traffic. “Having the first national headquarters of Great British Railways in Southampton will level-up our communities by boosting employment, upskilling our workforce and supporting business growth”, said Daniel Fitzhenry, the leader of Southampton City Council. “The project offers the potential added benefit of providing supported opportunities to those not currently in employment.” Now, if only he could get Kylie to sing those praises, they might just do the loco-motion come the decision day later this summer.