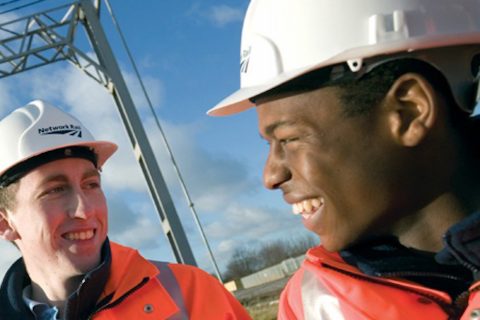 UK rail safety report says the industry can do better

There is always room for improvement. That is the note on a sheaf of end-of-term report card on the UK rail network. Both the Office of Rail and Road (ORR) and the Rail Safety and Standards Board (RSSB) have delivered comprehensive reviews of the UK rail network. Despite being widely regarded as among the safest in the world, there is room for improvement, say the reports. Trespass remains a major issue, and a recent court case saw a commercial partner heavily fined over a trespass-related fatality.

While the UK rail network remains an example of safe practice, there are a number of improvements that can be made. That is the broad conclusion of reports from official watchdogs and industry representatives. The government’s Office of Rail and Road, and the industry’s representative body, the Rail Safety and Standard Board, have both issued reports on the state of the industry over the past twelve months. Their reports echo European findings, and highlight the most dangerous aspect of the industry – trespass.

The Office of Rail and Road (ORR) has published its 2020-21 annual assessments of rail safety in Great Britain. Overall, ORR found the rail industry responded extremely well to the pandemic. However, safety was highlighted in several aspects of the report. Among them, the train derailment at Carmont in Scotland, after heavy rainfall, in which three people died, is a stark reminder of the need for continued focus on safety management, the agency says. “Network Rail must ensure it effectively manages its infrastructure, to mitigate the impact of climate change and extreme weather on our railways, with particular focus on earthworks and drainage systems”, notes the report.

While trespass is an ongoing issue, worker safety remains a top priority. That was highlighted by the deaths of three rail employees, including two track workers in Surbiton and Roade. Network Rail is taking action to improve track worker safety, including reducing the proportion of its trackside work that relies on human lookouts, with plans to remove the practice entirely by the end of 2021. “It must demonstrate better use and deployment of technology which can reduce safety risks, such as automatic warning equipment, in particular for line blockages. It is important that the move to safer ways of working is sustainable and well managed to ensure the railway can be maintained safely whilst minimising risks to railway workers”, adds the ORR. “There must be no let-up in the industry’s focus on safety and managing the impacts of extreme weather and climate change.”

Trespass and suicide are the main issues

Concurrent with the findings of the government’s agency, the representative body for the industry, the Rail Safety and Standards Board (RSSB) has issued its own review of the state of rail in the UK. The independent rail safety body has published its latest Annual Health and Safety Report for Britain’s railways, covering the last financial year 2020-21. While Britain’s railways remain the safest and greenest forms of land transport, the RSSB argues that there is no room for complacency. As with the ORR, they are critical of the trespass issue – and note the very serious consequences of over 250 suicide incidents.

Their report notes that during a period of potentially wide-ranging reform, the issue of safety cannot be overlooked. “RSSB is keen to state that safety cannot be taken for granted while the reforms prompted by the Williams-Shapps plan are brought in”, says the report. “Safety will be critical to maintaining the confidence needed by people and freight to return to rail, which in turn, will improve Britain’s economic and environmental prospects, as well as quality of life.”

Modern operations have effectively eliminated illegal riding of freight trains, although that remains an issue in parts of the EU. That was highlighted by the extraordinary case recently of a teenage girl doing so in Germany, and the problem of migrants using freight trains in attempts to enter the EU unauthorised. Trespass for these and other reasons are being taken very seriously in the EU. In Britain, the RSSB wants to ensure that its members take a collaborative approach to ‘Leading Health and Safety on Britain’s Railway’, the industry’s shared strategy that focuses on the key risks and challenges. “The last year has been like no other, with rail tackling the impact of the Covid-19 pandemic, while ensuring the railways remained safe for people to work and use”, said their statement.

The report, which is available at the RSSB website is supported by 13 topic-specific papers. These combine the latest information on health and safety performance, operational learning and risk reduction initiatives. A stark reminder of the need for uncompromising safety on the railway has been the recent record fine for a British logistics company. A court found them culpable in the death of a teenage trespasser at the Daventry terminal in the English Midlands.

Aside from the passenger deaths in the fatal derailment in Scotland, there were incidents at Surbiton near London and Roade in the English Midlands, which also resulted in fatalities. While rail offers a remarkable level of safety for passengers (over 1400 times safer than riding a motorcycle say the ORR) Ian Prosser, their chief inspector of Railways said this past year has been one of the most difficult for the railway in twenty years. “A mixed picture of health and safety performance, with two track worker deaths and a worker killed at a depot in Eastleigh”, he noted.

Commenting in the ORR report, Prosser remarked that the year also saw significant failures of a number of structures, with weather-related incidents on the rise with sometimes fatal consequences. “The tragic event at Carmont last August, when three people lost their lives when a train derailed, shows that there must be no let-up in the industry’s focus on safety and managing the impacts of extreme weather and climate change.”