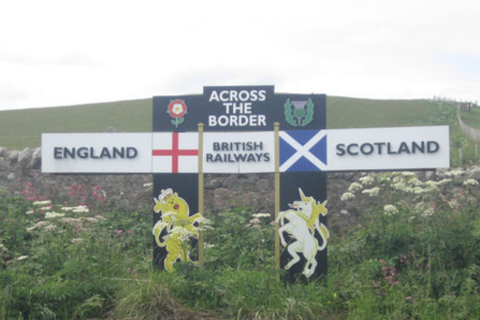 Several rail connections between the four nations of the United Kingdom have been prioritised in the interim report of the UK Union Connectivity Review. These include connections between Scotland and England via the West Coast Main Line, and connections between the Welsh port of Holyhead, via the North Wales mainline. The report is commissioned by the UK government in London and overseen by Network Rail chair Sir Peter Hendy, and as such, is an important tool in putting railways on the map.

Commerce and freight via North Wales would flow into North West England and the English Midlands, says the report. That would also route via the West Coast Main Line (WCML). In both instances, the new high-speed rail project, HS2 would play a significant role in freeing capacity.

The interim report of the UK Union Connectivity Review has been submitted to the government in London. It is due for publication in the summer of this year. However the interim findings have already been released. Improvements mooted for the North Wales line will please business interests across Wales, while proposals for a new Scotland – England rail freight axis will strengthen the case of campaigners seeking re-establishment of the direct link between Carlisle in Cumbria and Edinburgh in south east Scotland.

Hendy’s interim report has highlighted the lack of joined-up connections between Wales and Scotland and the massive HS2 project. His concerns, already voiced separately by the High Speed Rail Group (HSRG), point to better use of existing capacity, freed up by HS2. HSRG, who represent a broad collaboration of business and governmental stakeholders in HS2, has already advocated the instalation of new capacity to take full advantage of the benefits of the new London to Birmingham route.

Submissions to the Review have also made the case for capacity improvements from where HS2 will join the existing rail network at Crewe. Business interests want better freight capacity into the north of Wales and on to Holyhead. The ferry port in the north west corner of Wales has gained greater importance since Brexit, as a direct connection to Dublin and the EU.

Carlisle features in a number of schemes. The English border city is already an important railway junction, used by all the main rail freight players, and is head quarters to one of them: Direct Rail Services. The Review is considering detailed proposals for better capacity between England and Scotland, via Carlisle, and also a radical concept for a fixed link between Scotland and Northern Ireland, which may also connect with the existing rail network at Carlisle.

Principally between England and Scotland, the Campaign for Borders Rail has submitted a business case to the Review for the reopening of a line between Carlisle and Galashiels in the Scottish Borders. The 66-mile (106km) route would connect with an existing passenger only line, and provide a mixed-traffic route to Edinburgh, relieving pressure on the WCML, which is destined to take additional high-speed traffic.

The most radical proposal is the establishment of a fixed link between Scotland and Northern Ireland. Whether a bridge or a tunnel, the project would be among the longest in the world, and is already estimated at costing upwards of 20 billion pounds (23 billion euros). Northern Ireland is a part of the United Kingdom, although the territory is on the Island of Ireland, separated from Great Britain by the North Channel.

The Review has initially proposed improvements to the A75 road through south west Scotland, in order to meet with any proposed fixed link. However, there is a disused rail route – popularly known as the Port Road – which environmental interests would much prefer to be revived, and joined to a rail-served fixed link. The fixed-link proposal is to be made the subject of a separate feasibility study.

Several other cross-border rail projects have been proposed to the Review. Hendy’s interim report highlights the need for further improvements between the west of England and South Wales. There is considerable domestic trade along this corridor, with some nationally strategic industrial infrastructure in the southern edge of Wales – not least the Milford Haven oil terminal and the port of Fishguard.

Several other border crossings, mainly between England and Wales are under scrutiny, but none approach the cost nor ambition of the Scotland – Northern Ireland fixed link. While the rail freight community would welcome the opportunity to resurrect the moribund rail freight industry in Northern Ireland, there exists a significant issue mitigating against that. All Ireland operates on a unique gauge, incompatible with the UK. It’s not just the wide waters of the Irish Sea that need to be bridged, the not inconsiderable issue of wide axles needs to be bridged too. Bridging technical challenges is a key theme of RailTech Europe 2021 // Live – the major online conference taking place 30 March – 1 April. Registration is free and available here.