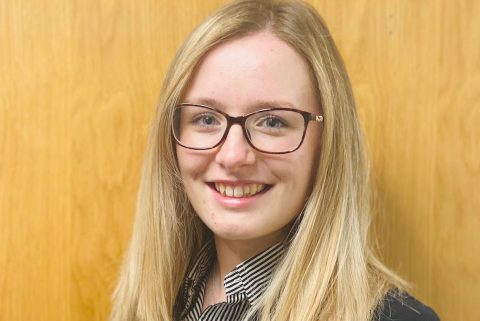 Published on 25-09-2020 at 07:00
Zoe McLernon, multimodal policy manager at the Freight Transport Association

The representative body for UK’s freight transport industry, Logistics UK, has called for the government to deliver a new deal for rail freight. This comes in response to the effective end to rail franchise arrangements for passenger operators.

The government must ensure the needs of the logistics industry are not side-lined in its reform of the rail network, according to Logistics UK. The business group is urging the government to safeguard opportunities for rail freight as it seeks to make fundamental changes to rail passenger contracting and operations.

“Rail freight has played a vital role in supporting the UK economy and society through the pandemic”, says Zoe McLernon, policy manager of multimodal at Logistics UK. “As business focuses on economic recovery and decarbonised transport operations, it is vital that we create the right environment for rail freight to thrive.”

Over talks last weekend, passenger train operators signed new deals with the UK government. They also recently completed similar deals with the devolved governments in Scotland and Wales. The new arrangements formally extend the emergency measures that effectively hand control of services and operations to the state, and replace the franchise agreements that have been in place since the early 1990s. Logistics UK has concerns that with the passenger operations in government hands, freight will be shunted aside.

“At Logistics UK, we are urging the government to ensure the needs of this critical sector are not  side-lined  i n any political discussion on rail – which  tend to  prioritie e passenger transport”, says McLernon. “Instead”, she says, “Recognise that freight is an equally important part of the rail network’s contribution to economic growth. We are asking that rail freight operators are granted fair, equal access to the network, and that freight paths are preserved. Government must provide the right framework for its use to grow.”

Logistics UK, until recently known as the Freight Transport Association, represents logistics businesses across the UK, and the interests of more than seven million people directly employed in the making, selling and moving of goods.