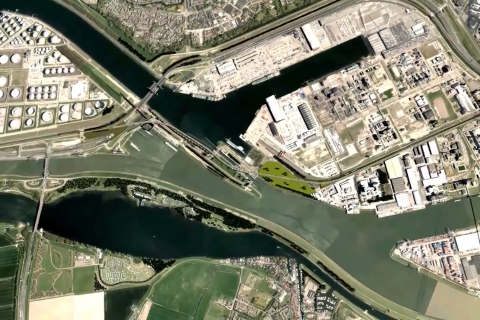 EU supports rail in the Netherlands with 62 million

The European Commission has made available 62 million euro in subsidies for infrastructure projects in the Netherlands. Brussels is contributing 8.7 million euros to the work on the Theemsweg route in the Rotterdam port area and 8 million euros is intended for the improvement of the railway at Amersfoort. The remaining part of the European subsidy goes to road and water projects.

The Port of Rotterdam Authority is building rail bridges on the Theemsweg route that ensure a better connection between the port and the European hinterland. With the bridges, trains are no longer delayed by the Caland Bridge at Rozenburg, which is open several times a day to allow ships to pass. In Amersfoort, the east side of the station is being modified to allow a better flow of passenger and freight transport by train.

State Secretary Van Veldhoven: “Transport by train is clean and safe, which is why we are working with the sector to increase rail freight. In addition, we are improving the railways in various places in the Netherlands. The Theemsweg route is a direct link with the Betuweroute, the important corridor between Rotterdam and the Ruhr area. It is great that the EU is contributing to an even stronger connection. ”

The subsidies come from the European programme for the Trans-European Transport Network (TEN-T). The aim of this programme is to establish a single cross-border network for land, water and air transport within the European Union. In total, eleven projects involving Dutch parties will receive a subsidy totaling 82 million euros.