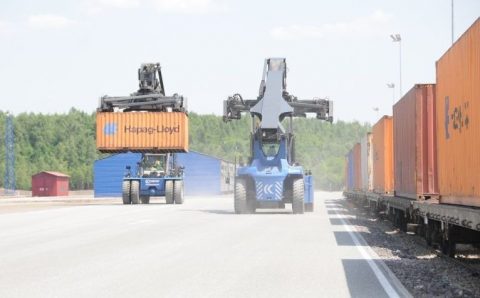 Road and rail work together on liability of combined transport

Two large interest groups representing the rail and road sector respectively have joined hands to form a legal basis for combined transport. The International Railway Committee (CIT) and International Road Transport Union (IRU) want to link the respective legal regimes on a contractual and legal level. This should contribute to the reduction of legal and administrative obstacles in the multimodal transport and logistics chain.

The CIT and IRU have created a comparison table and a checklist, which they presented at the Railway – Road Transport Workshop held at the end of February 2019 in Bettemburg/Luxembourg. It was the result of nearly two years of work, Deputy Secretary General of the CIT Erik Evtimov explained. But it is only the start, as it should form the basis for a legal provision linking rail and road.

The first joint CIT-IRU conference on multimodality highlighted important interfaces between rail and road transport. However, many questions concerning the interaction between road and rail transport have not yet been clarified, Evtimov explained. “For example, there is no clarity on the liability for transshipment in a container terminal from lorry to rail. The same accounts for the loading procedure in a Ro-La shipment.”

“Considering the potential of combined transport, it is all the more important to push ahead with the targeted reduction of legal and administrative obstacles through the further development of multimodal products and respective legal instruments”, he added.

“Legal solutions at an intergovernmental level are still some way off, but contractual solutions on a sector level allow a timely and flexible basis for implementation in combined transport. CIT has therefore given more weight to the topic and, together with IRU, developed a framework contract for rail-road transport.” The contract comes in the form of a checklist and is a new legal document, bridging the respective legal regimes.

But this is only a start, Evtimov continued. “In order to draw up a framework agreement for rail-road transport, further studies and harmonisation efforts are required.” Since 2017, CIT and IRU have been working on a comparison table which serves as a working basis for the harmonisation of road and railway transport law. “This creates the basis for initial proposals towards a framework contract, covering the interaction between road and rail carriers.”

The aim of the final guideline is to produce a coherent legal comparison between the international carriage of goods by rail and the international carriage of goods by road. These industries are currently covered by the legal frameworks of COTIF/CIM and SMGS for rail, and CMR for road transport. “Since legal solutions at the international, intergovernmental level can only be achieved in the long run, the contractual solution offers a suitable and timely basis for the handling of multimodal transport in general, and combined transport in Europe in particular”, said Evtimov.