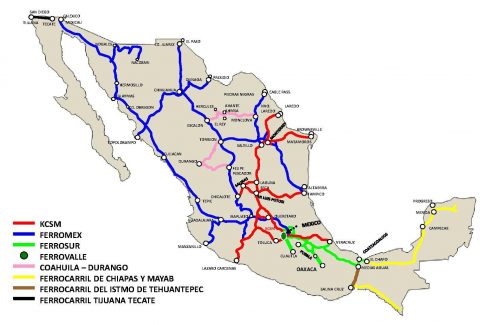 The first project covers the construction of a rail track in the Tehuantepec isthmus and will connect the Pacific and Caribbean coast. Another new railway track will connect the ports of Tampico and Veracruz. This line will cover a distance of 475 kilometres. Both projects will be developed by a national-private consortium, because its short-term profitability could not be secured.

The opposite is true for a third new railway line from Guadalajara to Monterrey through Zacatecas and Monterrey, connecting the Mexican Pacific coast with Mexico City and the US. This project will be completely developed by private companies because its demand secures its profitability.