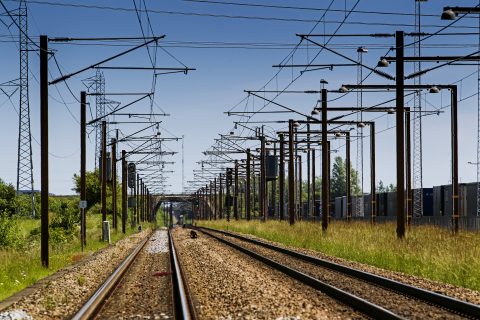 Between 2018 and 2023, all regional and long-distance tracks operated by the Danish state will gradually be converted to ERTMS, the European standard for automatic train protection that enables an interoperable railway system across the continent. A grant funding programme worth around 55 million Danish Krone (7.4 million Euros) will enable freight operators to equip new and existing locomotives as Denmark prepares for the roll-out of ERTMS.

The European Commission says conversion to ERTMS gives rise to ‘significant transition costs’ for rail freight operators, who will have to invest in new on-board equipment compatible with the system. The Danish state support scheme will provide direct grants to be used for fitting the new equipment in eligible new locomotives, and for retro-fitting in locomotives already in use. The main beneficiaries will be the locomotive operators, both those already using the network and new operators.

Assessing the compatibility of the grant scheme against existing guidelines on state aid for railway operators, the EC concluded that the aid granted in this instance was necessary to achieve the objective of promoting interoperability of railway systems in the EU, it was ‘proportionate’ and therefore in accordance with EU state aid rules.

ERTMS is a signalling safety system designed to enforce a train’s compliance with speed restrictions and signalling status. It will enable the creation of a seamless European railway system and increase the safety and competitiveness of the sector.

Violeta Bulc, the EU’s Transport Commissioner, presented a draft of the ERTMS Deployment Plan at the final Single European Rail Area (SERA) convention in Brussels last month, when she emphasised that it was a ‘cornerstone’ of the digitalisation of the rail sector. The plan is based on the deployment of an ‘interoperable and compliant infrastructure’, delivery of a standardised On-Board Unit, efficiencies in testing and validation processes, and providing focused financial support. ERTMS, she said, needed to be ‘accelerated’ to meet the European Deployment Plan target. The rail sector is consulting on the draft plan until October, and final approval is expected by November.