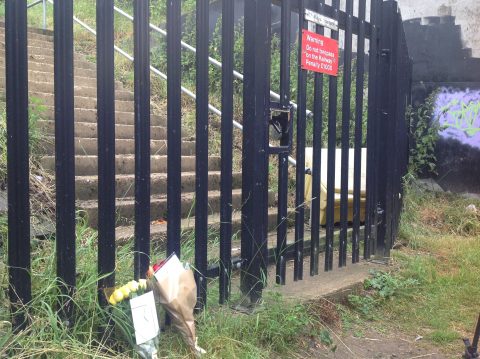 Police are investigating the death of an 11-year-old boy after he suffered serious electrical burns at a rail depot in the UK. He was pronounced dead at the scene of the incident, the Daventry International Railfreight Terminal (DIRFT) in Northamptonshire.

British Transport Police believe the boy, named as Harrison Ballantyne, came into contact with electricity from an overhead line. They are now warning members of the public about the dangers of trespassing on railways. Another boy who was with him at the time was also taken to hospital but was not injured.

Superintendent Chris Hodgkiss, from BTP, said: “Our thoughts are with the family of the boy and we are doing all we can to understand exactly what led to Harrison’s death. We are working closely with the rail industry and local partners, including Harrison’s school, who are ensuring plans are in place to support pupils.

“As well as investigating the circumstances surrounding his death, our focus is also on preventing any other children from coming to harm in a similar way. With that in mind, I would urge all parents to remind their children about the dangers of trespassing on the railway, which is an extremely dangerous environment.

“We understand youngsters, particularly during the summer with lighter evenings, may be drawn to the railway but they are real tracks, with real trains and real life consequences – be smart and stay away. Our focus is now fixed on understanding exactly what happened and how this young boy came to receive these awful injuries,” added Supt Hodgkiss.

The terminal is operated by Malcolm Rail, part of the Malcolm Group, in partnership with ProLogis who have invested jointly in DIRFT. It currently handles over 100 train services per week for major rail freight providers including DB Cargo, Direct Rail Services, Freightliner and GB Railfreight.