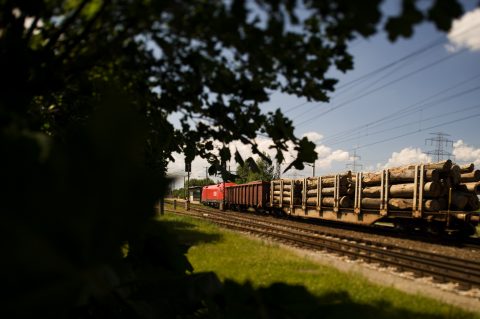 Tackling rail freight noise pollution must involve a ‘comprehensive approach’ by stakeholders, EU Transport Commissioner Violeta Bulc has told a summit organised by the Community of European Railway and Infrastructure Companies (CER). The aim was to explore solutions for addressing what it calls the ‘last environmental challenge’ for the rail sector.

Noise pollution continues to be a major environmental health problem in Europe, with one in four EU citizens affected by environmental noise, according to the European Environment Agency. The second greatest environmental and health hazard after bad air quality, noise is a side effect of all major modes of transport and a critical quality of life issue for people living near rail lines and other transport infrastructure.

Stakeholders from across the rail sector were invited to take part in two panel discussions organised by the CER in Brussels, including speakers from the European Commission (EC) and rail freight CEOs. The CER believes rail freight noise is the ‘last remaining environmental challenge’ for the European rail sector, and as such is now a ‘priority topic’. Although rail was rightly considered the most environmentally friendly transport mode, it said, rail freight noise remained an important source of localised noise pollution.

Libor Lochman, Executive Director of the CER, told delegates that he believed ‘retrofitting’ with noise-reducing technology was the most effective measure, but that the issue of funding needed to be addressed. Around a third of the EU’s freight wagon fleet is already either retrofitted or replaced with new vehicles, while the remaining 65 per cent have cast-iron brakes. That equates to some 360,000 noisy wagons, a quarter of which are special wagons requiring more complex and costly retrofitting. The CER estimates that wagon owners and keepers need to pay at least 700 million Euros to retrofit wagons with these composite brake blocks.

With the focus on the noise-related regulatory framework, in particular the noise Technical Specification for Interoperability (TSI), the first panel included Matthew Baldwin, Deputy Director of DG Move, the EC’s transport directorate, who outlined the EU’s regulatory framework. He was joined by Sylvie Charles, CEO of Rail and Intermodal at SNCF Logistics, Jürgen Wilder, CEO of DB Cargo, Ferdinand Schmidt, a board member of Rail Cargo Austria, and Jan Kilström (CEO of Green Cargo. All provided their own personal and practical insights of the rail freight sector.

The second panel tackled the economic challenges by exploring the financing possibilities for noise mitigation. Herald Ruijters, Director of Investment, Innovative and Sustainable Transport at DG Move, Michael Cramer, Member of the European Parliament (MEP) for the Green Party and Constance Kann, Director of Institutional Relations and Public Affairs at the European Investment Bank’s Brussels office, offered views and potential solutions at EU level. Focusing on the needs of the sector were Geert Pauwels, CEO of Belgian national freight carrier Lineas (formerly B Logistics) and Nicolas Perrin, CEO of SBB Cargo in Switzerland.

Violeta Bulc, European Transport Commissioner, said: “As demand for mobility increases, so does transport noise. This has a negative impact on human health, which can only be addressed through coordinated actions. A comprehensive approach, including joint planning, corridor deployment and co-financing is the most appropriate.  It will provide for a satisfactory reduction in rail noise, while preserving the competitiveness of rail freight transport.”

Libor Lochman said: “The railway sector promotes a freight noise strategy that tackles the problem at the source. Retrofitting is the most effective measure, however the funding for retrofitting of wagons needs to be addressed. The availability of public funding should be consistent with the transport policy goals. CER advocates a pragmatic European approach to rail freight noise abatement.

“Policymakers should ensure an optimal and efficient general regulatory framework for the successful implementation of rail noise reduction measures while not compromising the sector’s competitiveness.”

The CER has also published a fact sheet illustrating the sector’s strategy in reducing noise pollution and the economics of noise reduction measures.