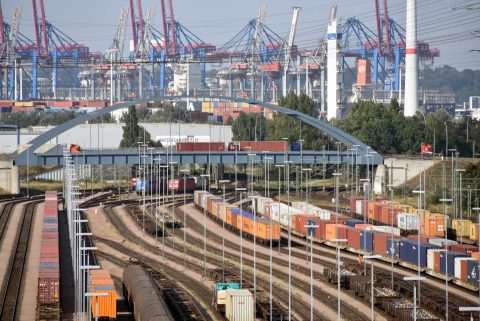 ‘Policymakers must give more attention to multimodality’: AIM

The newly-formed Industry Alliance for Multimodal (IAM) says policymakers must give more attention to multimodality to ensure cargo reaches its customers. Rail freight will play a central role in the goals of IAM, which was established in December and comprises more than 20 organisations including freight forwarders and other rail freight stakeholders.

The aim is to put forward positions and outline expectations in relation to European Union policy initiatives that could boost and enhance European multimodal connectivity and logistics.

If cargo reaches a port and cannot continue its journey inland, then this is most probably due to multimodal connections linking ports to the hinterland are not optimal or sufficient, members attending the first meeting in Brussels were told.

No cargoes reach consumers while using a single mode of transport, says the IAM, and efforts should therefore be mobilised to ‘facilitate seamless and sustainable operations involving different modes of transport’. Members of the alliance, it adds, will focus on those measures allowing modes, nodes and industrial clusters to be better connected.

The alliance has 22 member organisations, including the International Union of Wagon Keepers (UIP), the International Union for Road-Rail Combined Transport (UIRR), the European Transport Workers’ Federation (ETF) and the Federation of European Private Port Operators and Terminals (FEPORT). All agreed that initial work would focus on three areas: the reduction of air pollution, including decarbonisation and sulphur emissions; intermodality, incorporating the combined transport directive, interoperability; and digitalisation of the sector, including e-transport documents.

Lamia Kerdjoudj-Belkaid, Secretary General of FEPORT, said: “Feport is glad that work starts within IAM. It is a good indication that industry actors believe in ‘stronger together’. We hope that EU institutions will be receptive to industry priorities and will encourage co-operation within the logistics chain.

“This is particularly important for a number of industries which are getting rid of the ‘silo thinking’, and engaging in ‘change management’ to face the current economic, environmental and social challenges. All actors in the supply chain and logistics sector deserve the support of EU institutions. Time has come for a positive impetus through inclusive European policy-making.”

The ETF meanwhile has elected Giorgio Tuti as President of its Railway Section, the branch of the union which brings together 83 railway trade unions from 37 European countries, and represents thousands of workers in the freight sector.