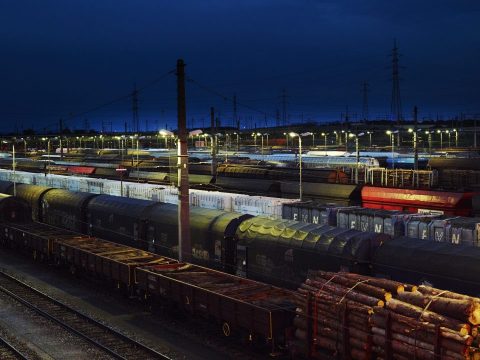 Warning for German government over fall in rail freight

A continuing decline in rail freight volumes in Germany is a ‘painful reminder’ to the government of its HGV-friendly policies, says The Pro-Rail Alliance, one of Europe’s leading rail pressure groups. Official statistics show that while more goods than ever were transported in Germany in 2016, rail was one of the big losers.

Rail freight volumes fell by 1.6 per cent to around 361.3 million tonnes, and the Pro-Rail Alliance has calculated that this equates to a market share of 17.6 per cent in 2016, down from 18 per cent in 2015. By comparison, the market shares last year in Switzerland and Austria were 42 and 30 per cent respectively.

The Alliance said the figures showed that rail freight was a ‘big worry’ for politicians, and said that cutting track access charges by 50 per cent for freight operators would be a sensible idea.

Dirk Flege, Managing Director of the Pro-Rail Alliance, said: “With the publication of the official statistics, the federal government has been given a painful reminder of where its HGV-friendly policies will lead. Germany’s policies on shifting transport mode are going the wrong way – from the railways onto the roads. With regards to our targets on the environment and the climate, this is going to be a high-speed crash.”

The Alliance said there was evidence from numerous studies over the years that confirmed the potential for rail freight in Germany, and that halving the track access charges for goods trains would be an important first step in getting the rail sector back on track.

“Various experts from the Federal Evironment Agency to the German Aeronautics and Space Research Centre Centre all forecast a much larger market share for goods trains in Germany by 2030,” added Dirk Flege. “There are no magic tricks involved; it is something that Switzerland and Austria proves year-on-year.”

The Federal Ministry of Transport and Digital Infrastructure has not commented on the latest figures, but says freight transport in the country continues to grow. By 2030, the the loads per kilometre on the road will increase by 38 per cent, according to the 2030 traffic forecast of the Federal Government with regard to freight traffic.

Freight trains, it adds, can deploy their strengths in transporting goods over long distances, alleviating pressure on roads and motorways. An increasing number of shippers are discovering rail freight as an ‘economically efficient and evironmentally-friendly alternative to the road.