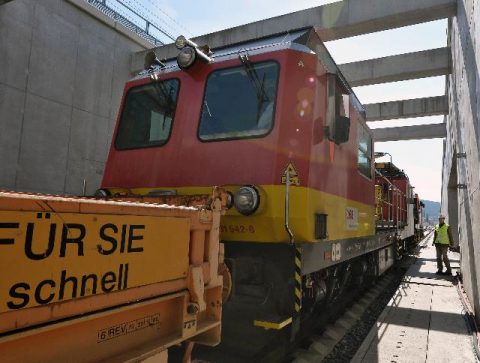 Rail freight projects across Europe are urged to bid for their share of a 1.9 billion Euros fund aimed at stimulating growth and creating jobs. Cross-border connections, better efficiency and improved safety are the focus of the third round of the European Commission’s Connecting Europe Facility (CEF) fund.

The CEF is designed to finance key European transport projects, and of the latest round of funding 1.1 billion Euros is exclusively for projects within those member states eligible for the EU Cohesion Fund – such as Bulgaria, Cyprus, Greece and Hungary, whose gross national income per capita is less than 90 per cent of the EU average – to help them penetrate internal markets. Any of the wider 28 member states can apply for a slice of the remaining 849 million Euros.

The Commission highlights schemes like the European Railway Traffic Management (ERTMS), which has improved cross-border connections at the heart of its strategy, as among those which could benefit. The ERTMS is eligible to apply for up to 150 million Euros in total, but other rail freight projects are also encouraged to submit bids.

Violeta Bulc, EU Commissioner for Transport, said: “With this call we are giving more focus to intelligent transport systems across Europe and to infrastructure development. The Commission is committed to building the transport network of the future while providing to keep countries and regions united.”

Michael Cramer, Chair of the Transport and Tourism Committee of the European Parliament, added: “Although we have been investing a lot in improving transport infrastructure, there is underinvestment in many smaller cross-border sections, and bottlenecks and missing links remain. I therefore welcome the new Commission initiative to scale up support for smaller cross-border projects and in particular railway connections, to help develop local and regional transport infrastructure stimulating development of border regions.

Applicants have until 7th February 2017 to submit their proposals, with the successful applicants being announced by next summer. Further details and the full bidding criteria are at https://ec.europa.eu/inea/connecting-europe-facility/cef-transport/apply-funding/2016-cef-transport-calls-proposals