TX Logistik is expanding its intermodal connection between Leipzig (Germany) and Verona Italy). Starting today, 5 April, the rail logistics company, part of the Mercitalia Group, will operate eight instead of the previous six round trips per week between the two economic metropolises.

The starting point and destination in Leipzig is the DUSS terminal. In Italy, the Sommacampagna-Sona terminal, located slightly west of Verona, is served. The train makes a stopover in Hall in Tirol, when crossing the Brenner Pass. All services are provided by TX Logistik.

All kinds of cargo

A train can carry up to 34 loading units , including bulk and tank containers as well as swap bodies and semi-trailers. Goods of all kinds are transported on the route, including vehicle parts, recyclables, recycled and chemical products, and consumer goods.

According to the logistics company, there is currently high demand for the intermodal service between the two hubs. The train frequency between Leipzig and Verona will therefore be
increased further in the future. 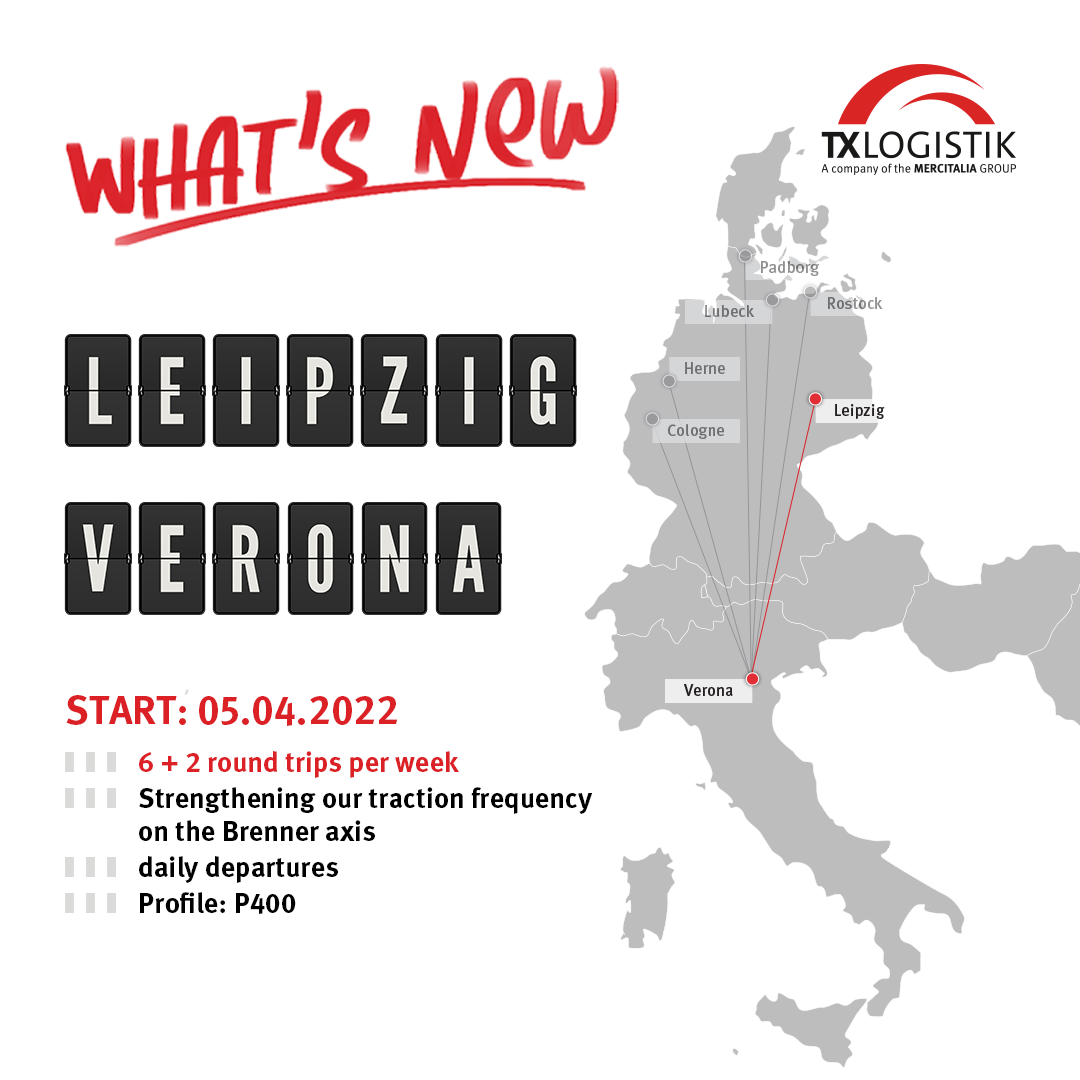