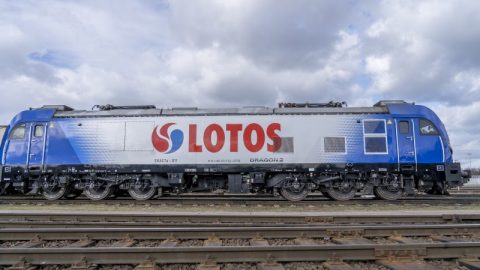 Saving time in border-crossing procedures, like safety checks, constitutes one of the rail freight sector’s primary objectives. It can result in multiple benefits like faster transit times, simplification of processes and better planning for trips. Many companies still struggle in this sense; however, LOTOS Kolej is the living example of how participating in initiatives like the Agreement on Freight Train Transfer Inspection can work to a rail carrier’s interest.

LOTOS Kolej is a freight carrier providing cross-border intermodal services in the Polish-Chech borders towards Russia’s direction. At the beginning of 2020, it joined UIC’s (International Union of Railways) Agreement on Freight Train Transfer Inspection (ATTI), aiming to lay down the rules for transferring trains between carriers in international traffic. Almost a year later, the Polish company reaps the fruits of this decision.

After joining the ATTI association, the rail freight carrier signed a cooperation agreement with the Rail Cargo Carrier-Czech Republic s.r.o, a Rail Cargo Group’s subsidiary, on July 1 2020. Its purpose was to reduce train stops in the route between Žilina, Slovakia, and Żeleznodorożnyj, in the Kaliningrad Oblast. Moreover, the two companies targeted to improve the traffic flows at the Bohumin / Petrovice border-crossing in the Czech Republic.

Speaking of the checking process, they are now way more simplified: for a 600-metre long train with 24 carriages, the auditor follows an abridged test, not that detailed but yet abiding by the rules and standards of safety.

In total, the simplified process saves up to two hours of waiting times at the borders. The reduced times, understandably, translate to more profits deriving from the efficiency and quality of services.

Furthermore, planning the driver and the auditors’ working hours accurately is also facilitated, while infrastructure managers benefit by avoiding congestions in border-crossings. All those mentioned above occur by just saving two hours of border checks. It is easily understandable that if all countries and rail carriers join and apply the same border-crossing rules, rail freight traffic in Europe will flow much more seamlessly. It is an excellent initiative with great potential that will hopefully gain more attention in the future.