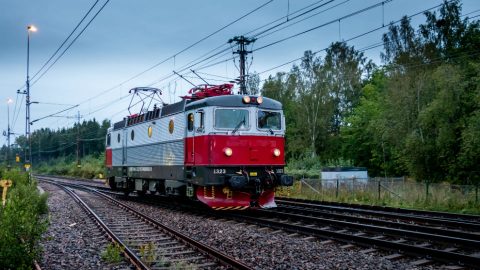 Bombardier Transportation has successfully tested the latest software of the European Rail Traffic Management System (ERTMS) Level 2 solution in Sweden. Known as Baseline 3 Release 2, the testing indicated a milestone in the preparations for the national rail upgrade in Sweden.

The wayside tests were conducted in close collaboration with Swedish Transport Administration Trafikverket, between 20-23 August with an ERTMS Baseline 3-equipped Bombardier Rc6 test vehicle. It followed the official approval of the INTERFLO 450 rail solution by Trafikverket and Swedish Transport Agency, Transportstyrelsen, in 2017. Sweden’s 40-km Corridor B ERTMS test track, located in southern Sweden, is being used to test the system without disrupting existing rail services.

Project Director Anders Åkeson from Trafikverket stated: “This is a major step towards ERTMS roll-out in Sweden. The results of these tests with Bombardier show we are getting ready to progress from testing to implementation. Our real-life test environment demonstrates the reliability of the standard as well as interoperability between sub-systems. The ERTMS installed base demonstrates four to six times higher reliability than the conventional systems operational today.”

Bombardier has supplied solutions to the Swedish railway system for over 100 years. Its local presence includes its regional business, project delivery and engineering hub for rail control, production centre for propulsion systems and network of service centres. Bombardier has equipped over 130 vehicles with its BOMBARDIER EBI Cab onboard ready for the ERTMS upgrade.