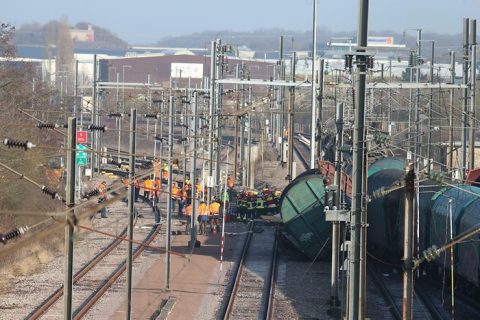 Do the levels of track access charges in Europe really reflect the relevant costs? That is a question the Centre on Regulation in Europe (CERRE) has tried to answer. A group of researchers has analysed and compared best practices in the UK, France, Germany and Sweden in order to make recommendations for European and national policymakers, regulators, and infrastructure managers on the most appropriate approaches to track access charges.

On 9 May CERRE will present and debate the policy recommendations of the report in Brussel. Professor Chris Nash of the Leeds University Institute for Transport Studies (ITS) is in the lead in making the comparison and drawing up conclusions on best practices among the four countries.

“I am reluctant to say that one system is better than the other”, the professor explained. “Each country has its reasons to adopt a certain approach, and each system has its benefits.” What can be said with certainty, is that the way in which track access costs are calculated is far from harmonised. This is not surprising when it comes to the calculation of mark-ups, which are additional charges based on financial requirements and the market ability to pay for these charges. “These mark-ups increase where the market is less sensitive to these price increases, this only makes sense”, argues Nash.

However, charges to cover direct costs differ to an extend that does not mirror the anticipated aim of these charges: recovering the direct cost of maintaining the railway. “Different member states charge different amounts for the same thing”, noted Nash. “Although full harmonisation of track access charges is not feasible and not desirable, the degree of diversity is an issue. There are different approaches to measuring wear and tear, and hence, different conclusions.”

Although variety in the level of charges is expected, Nash noticed a large difference in the degree and type of differentiation. Charges can be differentiated to encourage certain behaviour. For instance, the use of a certain type of vehicle may slow down the wear and tear of the track, or reduce noise pollution. By differentiating charges to reflect this, use of such vehicles may be encouraged. This differentiation of charges is a positive development, believes Nash. “In the UK, there is a high degree of differentiation when it comes to rolling stock, while in Germany track access charges are paid per train kilometre; there is no differentiation according to vehicle type.

“With more differentiation in prices, infrastructure managers are better able to incentivise certain behaviour. For example, Sweden applies an additional charge on bottlenecks. This is a sensible approach to dealing with scarce capacity on railway lines”, the professor said. Differentiated mark-ups minimise reduction in traffic volumes, as you only charge the mark-up to certain traffic on specific lines, which can afford to pay it, rather than all traffic moving on that stretch, he argues. “As such, you can charge according to destination, or a certain time of the day, for example.” The trade off of this differentiation, he argues, is that track access charges become more complex. “Especially when an operator does not know the route or time of departure in advance, he/she will not know the costs of the journey. This uncertainty may be a problem.”

For international freight, there is a certain level of track access charges the market can bear, Nash argues. What he means by that, is that the costs of a journey should also be considered for the entire transit, rather than a passage through a certain country. For this, EU member states should work together, something which has been encouraged by the European Commission when it issued Directive 2012/34/EU.

Cooperation between different countries and bodies should encourage the use of railway. But what is equally important, is what is happening on the road, Nash emphasised. “There has never been agreement to require appropriate charges for road freight traffic. As long as the political will for this is lacking, freight transported by rail cannot compete on a level playing field.”

The CERRE report will be presented during the seminar called Rail Access Charges: How to reconcile conflicting objectives?, which will take place on 9 May between 2-5.30 PM at the at the University Foundation in Brussels. For more information, see www.cerre.eu.