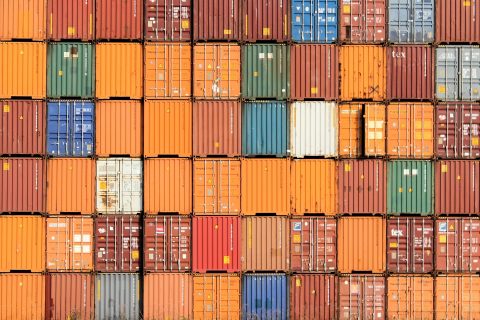 88 per cent of shipping companies see inflation as the biggest hindrance for businesses in 2023. Other fears are the implications of war, the impact of Covid in China and strikes.

That’s one of the conclusions in the Container LogTech report for 2023, released this week by container logistics platform Container xChange. Experts in the report further predict that we’ll see even more strikes throughout the year.

“Due to inflation increasing, there’ll be more unrest in the labour market which will certainly lead to more strikes, specifically in Europe, the UK and North America”, said Aamir S. Mir, COO at Caspian Container Company SA, as part of the interviews. “And as we have seen before, strikes result in slow operations within ports, which can exacerbate supply issues.”

Most respondents foresee a further decrease in container and contract rates due to the growing gap between demand and supply. In 2022 container rates plummeted after a sharp increase during Covid.

The report further predicts that the long-term shipping contract rates will see an uptick in 2023, though gradually. This slow increase would apply to all modes of transport. With negotiations going on to bring contract rates in line with spot rates, a reset is expected. On the other hand, until there is a balance between supply and demand, forwarders will favour short-term contracts until the rates stabilise, as predicted in the report.

Respondents predict that companies will not diminish China’s role in global manufacturing in 2023. However, according to the report, companies will diversify and spread their businesses to other countries in the region, otherwise known as China+1. 67,3 per cent of respondents believe that India and Vietnam can play a vital role in the global shipping industry in 2023.

“The overall outlook for the year 2023 for the supply chain industry remains challenging. Europe is hit hard with all-time high inflation; China struggles to cope with Covid-19 and the US continues to witness hinterland transportation challenges and labour unrest. Most of these challenges will stay in 2023. Consumer confidence will pick up, but it really depends on whether we witness more disruptions in the coming times”, says Christian Roeloffs, cofounder and CEO at Container xChange.

Even worse, carriers and railways…, two modes now requested high quality, within a contemporary intermodal, both seriously have failed.
(Congestion, now plaguing Globe, if not trigged, but for sure, current supply chains is plagued by these two, otherwise the safest and most energy effective…)
Costs, currently, unecesseraily, imposed upon citizens of world adds to inflation – and shall be outed!
(For low costs – and low inflation – “eta”, safely has to be provided for!)