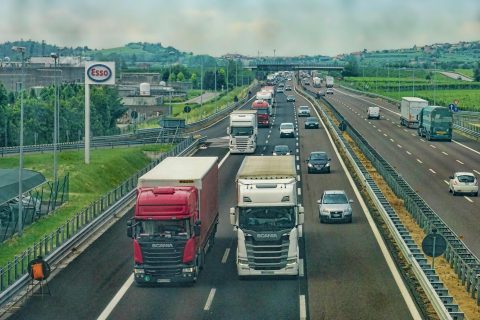 In France, the maximum load for combined transport is increased from 42-44 tons to 46 tons. This is an experiment that lasts 18 months. It should benefit truckers, but also combined transport in general, as it only applies to cargo that is transported with a rail-road solution.

Published on 27 July, the decree authorises loads intended for combined transport to reach the total weight of 46 tons. The government will study and monitor the experiment in order to know the effects on the road network, the CO2 savings achieved and the performance of combined transport resulting from it.

Although the government intends to promote combined transport, which aims for a long as possible rail leg with a short as possible road leg, the measure is looked at with concern by advocates of combined transport. The International Union for Road-Rail Combined Transport (UIRR) doubts the advantage for the combination rail-road.

It could be beneficial if this is only for the first and last mile, but for the longer haul by road, this is not a good idea. The bridges and road infrastructure in general cannot handle this weight”, says Ralph-Charley Schultze, CEO of the UIRR. “It is important to look at the efficiency of the whole supply chain, not just that of the road. We can increase the efficiency of road transportation, but forty trucks on a train is still better than one green truck on the road.”

Goal of EU, max benefitting of nearness, within a “domestic” market remains – and shall be met with!
Fact that IM:s and policy makers hitherto has disregarded Goal and left infrastructure of railways at standards timely 100 years ago, etc. now is mere root of Problem.
(Added load at roads, etc. is one of serious symptom, now to be attended!)
Railways, Device for large scale, on shore feeding of ports, Advantage by nature of Hemisphere…, since 30 years has been due for a decisive upgrading!