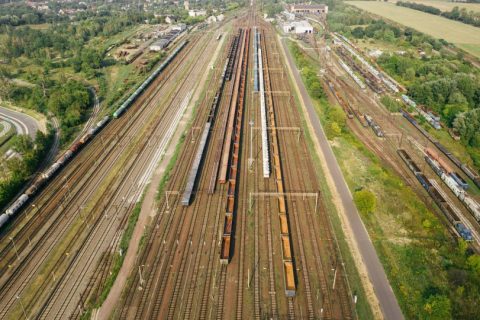 Poland and the Baltics can cooperate more and establish new corridors

The situation in eastern Europe with the war waging in Ukraine could become the starting point for stronger cooperation between Poland and the Baltic states to establish international intermodal routes. “We should cooperate more,” said Halina Bajczuk, director of the commercial office at PKP Cargo, simultaneously pointing out that some fundamental issues still burden intermodal transport in the region.

Bajczuk is responsible for customer service and developing new business projects, especially in the intermodal transport market, domestic and international. She has been working in the railways business for 20 years and intermodal for 15 years.

She will be one of the speakers of the RailFreight On Tour-The Lithuanian Edition taking place next week on 14-15 June in Vilnius, Lithuania. Bajczuk will participate in two panel discussions where she will share her views on the intermodal development in the Baltic region and an assessment of the changing situation in Eastern European transport because of the war in Ukraine.

Are you interested in learning more about the RailFreight On Tour-The Lithuanian Edition, the country’s logistics and business potential, and Bajczuk’s participation? You can learn more here and register here.

Due to the situation in Ukraine, there is no direct transport to and from Lithuania. Trains transit through Poland, and since the Polish ports are congested Lithuanian ports and terminals become the new gateways for Ukrainian exports, explained Bajczuk. “We are forced to cooperate and keep the supply chain running”, she underlined vividly-“but forced does not have a negative connotation”, she emphasised.

“We should cooperate more. I think Poland, Lithuania, and the rest of the Baltic states have a shared future in establishing more corridors connecting Scandinavia to southern Europe, which shouldn’t take long. Maybe we will have a complete network in the next ten years”, said Bajczuk.

The Baltics are small markets, but I see many possibilities regarding intermodal transport, she continued. Developing international routes is an ample opportunity for everyone in the region, despite issues like the scarce equipment. This is a problem that can be overcome with stronger cooperation and partnerships, as mentioned before, she added.

Bajczuk mentioned that the potential is there, but some fundamental issues still need tackling. Rail Baltica is the first step in integrating the Baltics into the European railway network. However, this might prove not to be enough. The Baltic railway network is built with a broad rail gauge (1520mm) based on Russian standards to accommodate transport in Russia, Belarus and even Ukraine. Now that the Baltics turn their development focus towards western Europe, building infrastructure with a standard European gauge is imperative, believes Bajczuk.

This is important to consider, and Lithuania is already moving in this direction with a request to include the route to and from the port of Klaipeda in the TEN-T network with EU railway standards. By tackling these theoretically minor but practically huge infrastructure bottlenecks, the Baltics, in cooperation with Poland, could acquire a new role in European rail freight transport.

Further on, when ware owners, clients, did shift strategy to ON Demand, On Time deliveries became the high quality urgently requested.
Regardless if “predictive” or not, “maintenance” has become more costly, as reducing utilisation of assets, even worse at a time, when capacity of existing infrastructure now shall be added.
Quantity of EUROs etc.spent, now should be allocated a robust, a resilient, infrastructure. (“Cementing” at an elderly, not sustainable standard is devastating.)