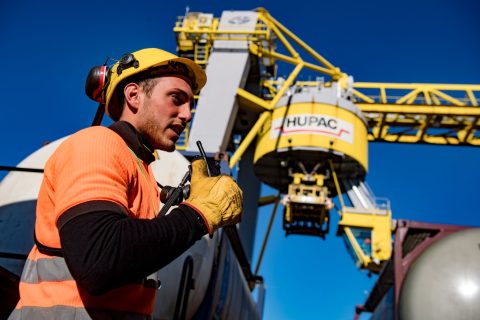 Another Hupac train between Barcelona and Busto Arsizio

Hupac is launching an additional departure on its route between Barcelona and Busto Arsizio, its north-Italian hub. As of 25 April, the intermodal operator will offer five roundtrips per week instead of four.

The service runs between Barcelona el Morrot and Busto Arsizio-Gallarate, near Milan. From there, trains connect to a dozen destinations in Italy, as well as Switzerland, Germany, and Scandinavia. It is just another additional service Hupac launches to Busto Arsizio, which has grown to be an important transhipment hub for the company.

Last October, Hupac announced several measures to further develop this terminal. The company is creating an app that will allow drivers to interact with the terminal and optimise the timing of pick-ups and deliveries. In the medium term, major modernisation work is planned on the cranes in Busto and the entire facility at the Novara CIM Terminal – important elements for increasing the performance of combined transport.

In 2021, the company enhanced the terminal infrastructure, with new spaces dedicated to the parking of semi-trailers, the doubling of the entry/exit road lanes and an increase in space for locomotives. In addition, two new shunting locomotives and two tractors for the internal handling of loading units have been put into service.