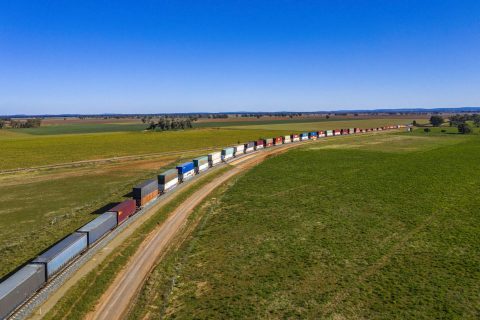 The intermodal sector should be bold, and make a case for the sector in Brussels and at home, said Barbara Thaler, Tyrolean Member of the European Parliament and TRAN Committee member at the start of the European Intermodal Summit. This digital event was organised by the UIRR and took place on Wednesday 30 November.

What followed was a series of short presentations by CEO’s and other industry leaders, all making their case explicitly for combined transport as the low-hanging fruit. Decarbonisation, standardisation and digitalisation were on the agenda, and new this year was the focus on energy and labour efficiency, which is a burning topic all over Europe today. As became clear, there is still a lot to be gained in this regard by the intermodal sector.

The summit was kicked off by DG MOVE Director General Henrik Hololei, who declared that in the plans of the European Union intermodal transport has a key role to play. In order to achieve this, the Commission proposes to upgrade existing, as well as to build new intermodal-specific infrastructure (transhipment terminals), and to improve the intermodal compatibility of the rail infrastructure (especially when considering the P400 loading gauge).

Several digitalisation and standardisation initiatives will contribute to enhancing Combined Transport’s productivity, while the European Union will provide vital funding through its programmes the Connecting Europe Transport (CEF-Transport) 2 programme, the Recovery and Resilience Facility, the InvestEU and the Horizon 2020 programmes, he said.

Denis Choumert, President of the European Shippers Council voiced the expectations of shippers for more intermodal transport services. According to him, there were still a lot of dreams that had yet to come true. As an example, he named the single window for intermodal transport through Europe. He was also critical of the fact that the Handbook for International Contingency Management, which was brought to life after the Rastatt debacle, is still not implemented as it should be in reality.

“The Commission is pushing for development, but it may not be pushing hard enough”, said Thaler in her compelling presentation. “Therefore, the Parliament needs your help. You cannot be vocal enough. You need to make your case in the Brussels bubble, but also within your respective countries, she urged the digital audience.

During the summit, the results were presented of the UIRR commissioned study on the carbon footprint and energy efficiency performance of door-to-door combined transport, done by Frankfurt-based d-fine Consultants and presented by mobility and transport leader
Thorsten Sickenberger.

Accordingly, today’s door-to-door intermodal transport chains use 40-70 per cent less energy per tonne-kilometre than their unimodal trucking alternatives, while emitting 60-90 per cent fewer carbon dioxide in the process. And zero- carbon door-to-door combined transport is around the corner, as it does not depend on scientific breakthroughs.

Standardisation and digitalisation initiatives, coming from the sector as well as initiated by the European Commission, will be a critical success factor of combined transport’s future competitiveness. With a near doubling of combined transport performance since the 2009 financial and economic crisis, intermodal rail is now
the most important and only growing production system of European rail freight.

A dozen intermodal CEOs and two commission heads of unit made up the three panels, which provided the practical examples and listed the achievements of the past decade.

UIRR President, Ralf-Charley Schultze announced the CT for Europe (CT4EU) campaign 2 initiative as the final act of the European Intermodal Summit 2021. This communications exercise will highlight the capabilities and performance of combined transport, how it can contribute to solving the dilemmas of our times:the energy crisis, the truck driver shortage and the decarbonisation of transport.

CT4EU will bring together intermodal stakeholders to address the Brussels bubble as well as Member States, regional and local policymakers.