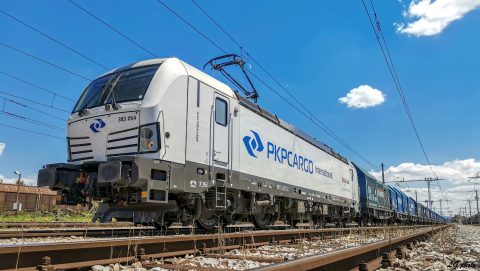 PKP Cargo International and LKW Walter signed a two-year cooperation contract. Starting from this May, PKP Cargo will be transporting LKW Walter’s loads in the North-South Corridor. Specifically, it will connect the Paskov terminal in the Czech Republic and Terminali Italia in Verona, North Italy. PKP Cargo’s trains will travel to both destinations five times per week.

The two companies have already been cooperating for years in the European transport market. Since 2018, PKP has been serving LKW Walter on the intermodal route between Herne in Germany’s North Rhine-Westphalia region and Paskov. However, the new deal seals a new era as part of PKP’s plan for intermodal expansion in Europe and especially the North-South corridor.

For PKP Cargo International, expanding its intermodal services in the European market is a key objective. LKW Walter seems to be the ideal partner to make this happen since it opened the way towards Verona. “The haulage between Paskov and Verona is the second major order we are filling for our long-term partner LKW Walter. I firmly believe that the number of trains with semi-trailers will increase in the coming years”, commented Maciej Walczyk, Chairman of the Board of Directors of PKP Cargo International.

Moreover, the Paskov terminal also benefits from the new deal. Established in 2007, it was one of the first in the Czech republic. Since then, it has undergone multiple expansions and modernisations, making it a central intermodal transhipment depot. The collaboration between the two companies also played a role in its growth since 2018. As Walczyk concluded, “the terminal in Paskov is very popular with our customers, and we plan to expand it further and increase its capacity”.