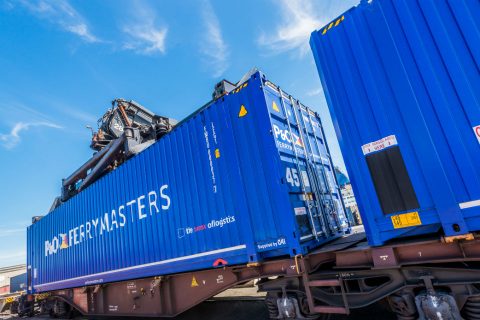 P&O Ferrymasters has launched a new intermodal service between its terminal in Oradea, Romania and the Polish hub of Lodz, in partnership with Transmec Group. The new link is in line with its current expansion into the Central and Eastern European (CEE) markets. The operator has made significant investments in the terminal of Oradea, foreseeing a network in the making.

The 48-hour service will initially offer two departures each way per week, before increasing to three by mid-2020. The service will at first use containers with a maximum payload of 24 tonnes, and swap bodies will be introduced if there is enough demand. Dangerous goods (RID) can also be transported on the service.

Wim Blomme, P&O Ferrymasters’ Intermodal Director, said: “We are glad to announce a further expansion from our jointly owned terminal in Oradea into Central and Eastern Europe, by adding Poland to the already existing rail solutions we offer into Northern and Southern Europe. This expansion is supporting the substantial investments made in the Oradea terminal to upgrade the facility, with the intention to accommodate new destinations in the foreseeable future.”