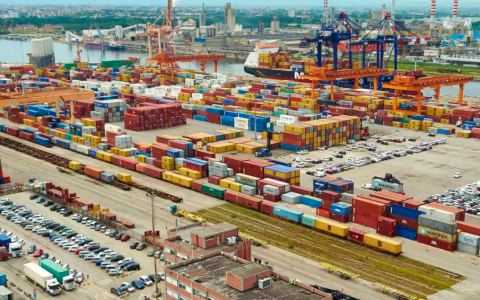 A rise in intermodal rail business last year by Italian operator, Contship Italia Group, came against the backdrop of an overall fall in freight volumes for the group.

Some good performances were achieved at Contship’s flagship rail gateways, with a 13.2 per cent year-on-year rise compared to 2016. Overall, rail volumes increased by 11 per cent, taking them over the 300,000 TEU mark.

Hannibal, Contship Group’s intermodal service provider for maritime and continental transport, reported growth of 11 per cent in transported TEUs (+30,000), up for the second consecutive year. The Oceanogate Italia’s rail freight kilometres however totalled 1,073,425 kilometres, down from 1,158,000 in 2016.

Contship’s Rail Hub Milano (RHM) was impacted by the major disruption caused by the Rastatt landslip in Germany last August. The two month closure of this crucial part of the Rhine Alpine corridor resulted in a standstill of rail freight between western Europe and Italy and led to 181 fewer trains operating compared to 2016, down three per cent.

Cecilia Eckelmann-Battistello, President of Contship Italia Group, said: “2017 was a challenging year for the maritime industry, especially the reorganisation of liner alliances which has significantly changed the environment. More and more the focus has shifted from port performance to supply chain performance with Contship’s intermodal product Hannibal, being able to record increased transport volumes compared to the year before.

“Contship continues to work hard to provide the market with fully integrated and competitive port-to-door services by deploying innovative solutions and strong inland connections with expected further growth in Italy and over the Alps.”