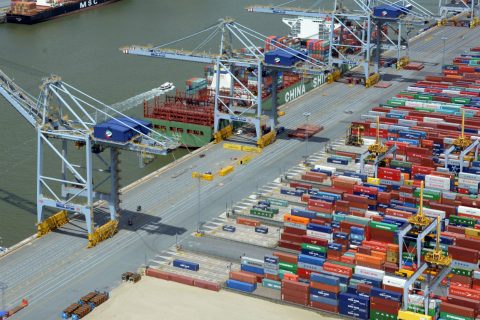 The port of Antwerp is seeking to strengthen its commercial links with the heart of Europe, by inviting proposals for extra rail container connections with some of Germany’s key industrial centres. North-Rhine Westphalia and Rhineland-Pfaz are among the regions being targeted by the Antwerp Port Authority, which is seen as their most natural geographical gateway for improved import and export activity.

This is the latest stage of work by the authority’s Port of Antwerp Intermodal Solutions arm, which was established in 2013 to work with the private sector in boosting the port’s use of rail, along with ship and road, transport. It also has the resources to provide support for new links and/or more frequent intermodal services to important destinations in what the port sees as its ‘core hinterland’.

In addition to North Rhine-Westphalia and Rhineland-Pfalz, the eastern areas of Hessen and Baden-Württember, specifically the region to the north of Karlsruhe, Stuttgart and Ulm, are also being targeted for growth. There are currently considerable container volumes carried by road, says the authority, which offer significant potential for a sustainable, efficient and competitive rail alternative.

In a new document, New or improved rail links between Antwerp and the Rhine-Ruhr and Rhine-Main region, the authority says the proposals follow analysis of the market share of the various ports in the Hamburg-Le Havre range, which show that regular rail connections are essential for the competitive position of the seaports.

‘With this open call for project proposals, the port authority seeks to encourage all intermodal operators and give them the opportunity to create a new, sustainable rail shuttle service or to improve the existing rail service,’ says the paper. Proposals should also mainly concentrate on ‘new Antwerp cargo or cargo that is currently carried to Antwerp by road’, and the ‘rail project must be an “open access” service, accessible to all potential customers in a non-discriminatory way’.

The port of Antwerp handled 161,671,573 tonnes of freight in the first nine months of this year, up 3.3 per cent on the same period last year. Rail however accounts for just 11 per cent of this, even though every week trains go to 70 destinations across 19 countries, transporting both containers and bulk goods like coal, sand and chemicals.

The closing date for proposals is 7th December.