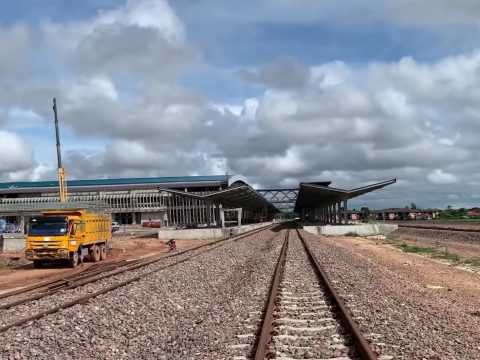 The first train loaded with fruit coming from Thailand and Laos entered China on 2 December. The train departed from the Laotian capital Vientiane and reached China via the Boten-Mohan border crossing.

The convoy was made up of 25 reefer containers filled with fruit including bananas from Laos and longans from Thailand, for a total of over 780,000 euros. According to Chinese government media, the end destination of the journey is the Chongqing Tuanjie Village Station, in central China. From there, the fruit will be transported to various Chinese locations.

From road to rail, with another train ready to depart

Previously, fruit transportation between these countries occurred via trucks. At the end of November, however, the Chinese General Administration of Customs approved the shift to rail of this service. The railway connecting the Laotian capital with Chonqing allows for a transit time of roughly four days

New Land-sea Corridor Operation was among the leading companies that organised this service. The company claims to be ready to launch another China-Laos cold chain fruit train, which would depart on 6 December. This train would connect Vientiane and Huaihua, in southern China.

This new service was launched the day before the first anniversary of the China-Laos railway, which was inaugurated on 3 December 2021. The 1,035-kilometre-long China-Laos Railway connects Kunming, in southern China with the Laotian capital Vientiane. From Kunming, goods are further transported throughout China and Europe as well.

One of the purposes of this project is to turn Laos from a land-locked country into a land-linked one. From Vientiane, the railway extends into Thailand, crossing from Nong Khai to Bangkok. The plan also entails a connection all the way to Singapore via Malaysia, which is expected to be completed by 2026.