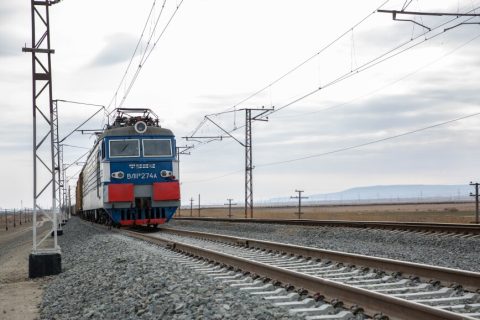 Transit of cargo from Russia via Azerbaijan increased by 98 per cent since the beginning of the year. This was revealed by Prime Minister of Azerbaijan Ali Asadov during a recently held meeting with Russian Prime Minister Mikhail Mishustin. These transit volumes can largely be attributed to the rising popularity of the International North South Transport Corridor (INSTC).

The INSTC links Russia with India by ship, rail, and road via Iran. Although several route options have been developed, the first and most developed route runs through Azerbaijan. Cargo is shipped by train from Russia, through Azerbaijan to Iran, where it transits to the ports on the Persian Gulf on rail and road. From the ports of Bandar Abbas or Chabahar, the cargo is shipped to India.

As Russia has intensified shipments along this corridor this year, it is not surprising that the cargo volumes between the countries have witnessed a boost. The total freight volumes running between the countries increased by almost 22 per cent over the first 10 months, but this is not excluded to rail.

The cargo coming from Russia and transiting Azerbaijan, thus likely to continue on the INSTC to India, have increased by 98 per cent this year, the Azerbaijani prime minister said. “As regards transit transportation, we are reaching record indicators”, Azerbaijani President Ilham Aliyev commented. “The strengthening of the potential of transport corridors, first of all the North-South corridor will be in the interest of all countries and open up additional opportunities”, he was quoted as saying by Big News Network.

Although the corridor started with the route transiting Azerbaijan, this has now been extended with two more routes; one via the Caspian Sea (middle branch) and another via Turkmenistan (eastern branch). The route via Azerbaijan is now named the western branch. In order to increase the handling capacity of the corridor, more routes may be developed in the near future. 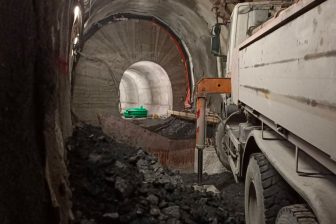