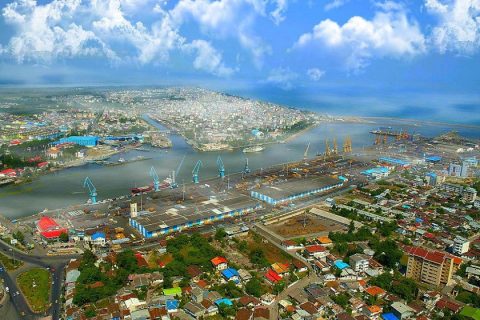 Russia to develop transport hub in Iran, rail investments on the agenda

Iranian officials are becoming more certain regarding Russia’s involvement in domestic infrastructure projects. Of course, Russia will not invest in Iran for the country’s sake but to develop the transport links spanning from its territory all the way to India. This time planning seems more concrete compared to the past, with Russia aiming to invest in the Rasht-Anzali railway line construction and making the Anzali port a transport hub.

Shahriar Afandizadeh, the Iranian deputy minister of roads and urban development, disclosed the plans of Russian companies to develop Iranian ports with some optimism. He explained that the Russian will to invest in Iran is stronger than ever, with companies pursuing the best possible approach.

Specifically, Russians have already expressed their immediate interest in undertaking the completion of the Rasht-Anzali railway line that will link the Caspian Sea Anzali port to the main Iranian railway network and the Western section of the International North-South Transport Corridor. Currently, Russia shows some preference for the Caspian Sea route to reach Iran, so completing this line would be ideal for linking cargo to the Iranian railway network. That is why it aims to transform Anzali into a transport hub consolidating freight for rail distribution to the Iranian south.

The links between Russia and Iran are flourishing. Trains are transiting through the Western, Eastern and Central sections of the INSTC. The port of Anzali, in which Russia is keen to invest, is part of INSTC’s Central section. However, all those trains ultimately target the Indian market and need sufficient sea gateways to continue their trip to the Indian subcontinent.

The ports of Bandar Abbas and Chabahar, in the Persian and Oman gulfs, respectively, will play this role. Yet, they still require access to the main railway network. Construction to link Chabahar with rail infrastructure is already underway, with a part of the line reaching completion. However, for the whole line to be operational, there is a need for more time and financial resources.

India has already proceeded with some investments in Chabahar port with six new cranes to facilitate the growing traffic and volumes. Iran, on its behalf, approached Indian authorities and asked for an official contract on the port’s development that would secure funding and construction for years.

They also wanted to do the same with Russia, claiming that since both countries benefit from transporting cargo through Iran, they should also invest accordingly to facilitate their operations. With Russian investments on sight now, Afandizadeh hinted that it shouldn’t take long before we see some Russian involvement in projects concerning Chabahar and Bandar Abbas.