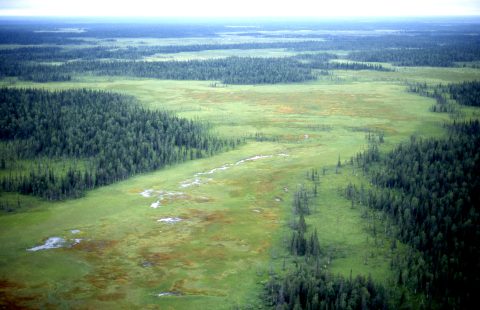 The Belkomur railway line is the Russian response to the Chinese Belt and Road initiative, and all the more important for Russia considering its shift of export and import flows towards Asia, and the reduction of the volume of trade with the West. However, analysts say that realisation of the railway line could take years, as funding is hard to find these days.

The Belkomur railway, also known as the White Sea – Komi – Ural line, will directly connect the regions of Siberia and the Urals with industrial and mining enterprises in the North-West. Belkomur is the shortest route connecting the industrial regions of Western Siberia with some Russian northern seaports, in particular the port of Arkhangelsk.

The relevance of the railway line today was stressed by Vitaly Savelyev, spokesman of the Russian Minister of Transport Vitaly Savelyev. Cargo from the mentioned industrial regions primarily consist of hydrocarbons, particularly oil, gas, coal and bauxites, along with the manganese and chromite ores, timber and lumber.

All of these products totally provide up to 70 per cent of all foreign exchange earnings to the Russian state budget. The expected capacity of the new rail line is 35 million tons of cargo per year. According to the Russian Ministry of Transport, the internal profitability of the rail line would be 25.6 per cent, while its profitability index, a measure of a project’s or investment’s attractiveness, is 5.66.

The idea of the Belkomur railway line is not new. In fact, plans to connect the resource-rich Perm Territory, Komi and the Russian White Sea coast appeared for the first time in Stalin’s time. In 2004, the first real business plan of the project was prepared.

Since then, the plans have changed several times. From a cooperation with the Nordic countries to an investment from Chinese enterprises, it finally became an agreement between Gazprombank, one of Russia’s leading banks, the governments of the Republic of Komi and the Arkhangelsk Region in 2019. An interregional company Belkomur was created and made responsible for the realisation of the project.

In the past two years however, little has happened towards the realisation of the railway line. Despite the importance of the project for the Russian state, most independent local analysts believe implementation of the project may take years.

Sergey Zhavoronkov, a senior research fellow at the Institute for Economic Policy and a well-known Russian expert in the field of railways in an interview with the Russian Octagon business paper said implementation of the project will be associated with serious difficulties, as in the majority of other large-scale infrastructure projects in Russia at present times.

The overall investments are estimated at 330 billion rubles (5,6 billion US dollars), which makes Belkomur one of the largest investment projects in the rail sector of Russia in years to come. The railway line would be 1,252 km long, of which 712 km would be built from scratch. A record number of 980,000 sleepers are needed. The already existing rail sections are in acute need of modernisation and reconstruction.

According to Zhavoronkov, the Russian federal government at the moment cannot even find the funds for much smaller, similar projects. “In the context of sanctions against Russia, it is obvious that the expansion of existing transport arteries (primarily the Trans-Siberian Railway) may serve as a priority, rather than building new ones from scratch.”