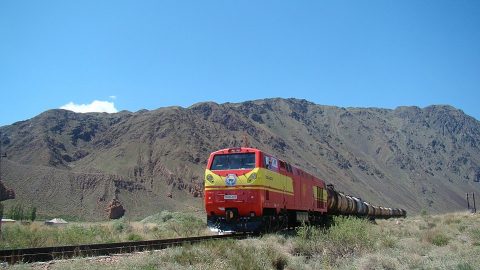 First containers on the move on new China-Afghanistan corridor

Several containers are currently on the move to test the newly established corridor China-Kyrgyzstan-Uzbekistan-Afghanistan. The first 2 containers left the Chinese city of Kashgar on 13 September. The trial period is to last 3 months.

This was confirmed by the Kyrgyz national rail operator Kyrgyz Temir Zholu. The new corridor was formed in August by the railway companies of Central Asian countries, and Chinese logistics company Zhejiang Union of Railway International Logistics. On 11 September, they signed a protocol, and four days later the first containers were on the road.

The timing of two new, relatively similar corridors in the same period is not a coincidence. Since the war in Ukraine and the impact this has had on Eurasian rail freight traffic running through Russia, China has actively sought for alternative trade routes and relations.

For Central Asia, this means a renewed focus on the regional possibilities. Rail infrastructure development will see a boost when several neighbouring countries align their ambitions. As Kyrgyzstan, Uzbekistan and Afghanistan are landlocked countries, improved rail infrastructure will better their position on the global map.