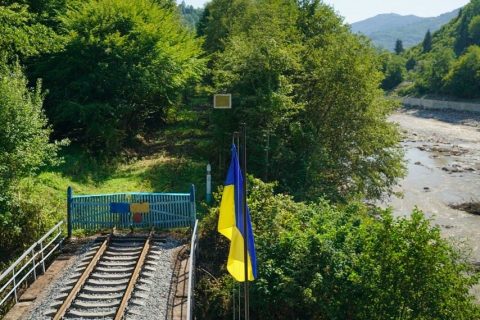 France reaches out to Romania for export Ukrainian grain

France wants to support the export of Ukrainian grain through Romania. France’s transport minister Clement Beaune said on Sunday night that he would sign a deal with Romania on this matter the next day. The deal covers exports by land, sea and river.

“Tomorrow, I will sign an accord with Romania that will allow Ukraine to get even more grains out … towards Europe and developing countries, notably in the Mediterranean (countries)which need it for food”, Clement Beaune told France Inter radio, as reported by Reuters.

Romania is one of the transit countries for Ukrainian exports by rail. Although the majority of overland exports run through Poland and Hungary, the potential of Romania has been acknowledged, by the countries involved and now also by the French.

According to Reuters, Paris would cooperate in developing a project aimed at increasing efficiency at the port of Galati, equipping border points in northern Romania, maximising the use of grain containers stationed in the port of Constanța as well as increasing the capacity there and in the Sulina canal. It would also help to build a medium-term strategy on the corridor between Romania and Ukraine.

Currently, there are only two railway connections across the Ukrainian-Romanian border. As the demand for rail freight traffic between the countries has increased, there have been backlogs on these borders. What is more, the port of Constanta has seen an increase of traffic due to its position on the Middle Corridor, as an alternative gateway to Europe for cargo from China.

Last month, Ukrainian Railways proposed the restoration of two additional cross-border lines, at Rakhiv-Berlebash and Teresva-Câmpulung la Tisa. The first connects the Romanian hub of Constanta with Kyiv, while the second connects to Uzhhorod, on the border with Slovakia. These additional border crossings would further maximise the transit capacity of Romania. Works have been completed on the Ukrainian side of the border, but Romania needs to complete the restoration works on the other side, according to Ukrainian Railways.

The EU has set the enhancement of the grain corridors by rail as a top priority since the war in Ukraine, and so far this effort has paid off. Last month, Ukrainian Railways reported record grain export numbers since the beginning of the war. In August, the company transported 1,016 million tons of agricultural products. Yet, it is still a long way to go until reaching the 4 million tons of transported agri-products that Ukraine recorded in pre-war times.