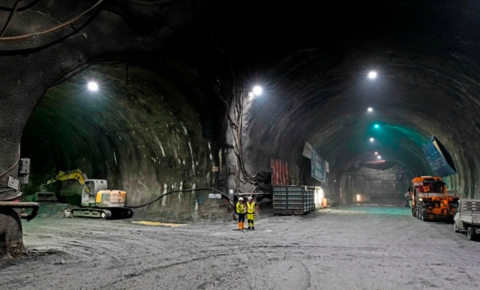 Three more contracts for Brenner Base Tunnel in Austria

Published on 09-12-2021 at 09:14
The “local construction supervision” accompanies the construction work on the Brenner Base Tunnel

Now that the Brenner Base Tunnel has reached the border of Austria, works will need to be continued on this territory. Three contracts have been awarded for the remaining construction lots in the Austrian project.

As a project company of the railway tunnel between Italy and Austria, BBT SE has now awarded the contract for other important engineering services related to the construction of the Brenner Base Tunnel. The “local building supervision” (ÖBA) as well as the contract management for the remaining construction lots in the Austrian project area were commissioned.

The contracts do not all involve construction works, but technical supervision and contract processing services for the execution of the construction work. The so-called ÖBA and the contract management on the North Tyrolean side went to a working group consisting of four engineering companies: Bernard Gruppe, Pini Swiss, Geoconsult and IGT.

After 14 kilometers and 3.5 years of tunneling, ‘Serena’, a 300-meter Tunnel Boring Machine, reached the Brenner Pass under the Alps in Austria end of November. It was the first time the excavation works arrived at a state border. In May 2018, the machine started its work on an exploratory tunnel, going from Italy towards Austria.