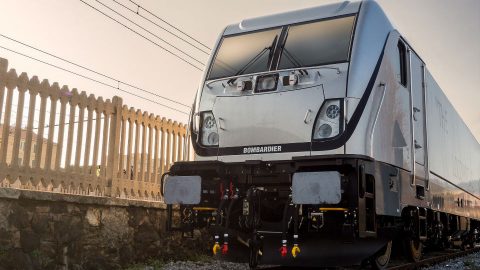 CFL Cargo, a Luxemburg based railway undertaking, announced the addition of ten new multi-system electric locomotives in its fleet. The locomotives belong to the Bombardier TRAXX family and constitute a state-of-the-art solution for rail transportation.

Apart from running on electrified tracks, a number of the locomotives is also equipped with a last-mile diesel concept. The specific concept enables locomotives to operate in non-electrified terminals and routes as well.

Currently, two thousand similar locomotives are operating in twenty countries, covering approximately three hundred million kilometres per year. Their further employment will contribute to the consistent rail freight transportation in Central and Western Europe. Specifically, they will be authorised to operate in countries such as Luxemburg, Poland, Germany, France, Belgium and Austria. Moreover, they are estimated to “facilitate traffic in the East-West European corridor”, said Peter Ammann, Head of Global Business Development Locomotives, Bombardier Transportation.

Since the multi-system locomotives will make cross-border transportation more effortless, they could also play a role in the modal shift towards rail. “Crossing numerous borders, as easy as a truck, will allow us to reach the European Green Deal objective of increasing rail’s share of transportation up to 30 per cent by 2030”, underlined Laurence Zenner, Chief Executive Officer at CFL Cargo.