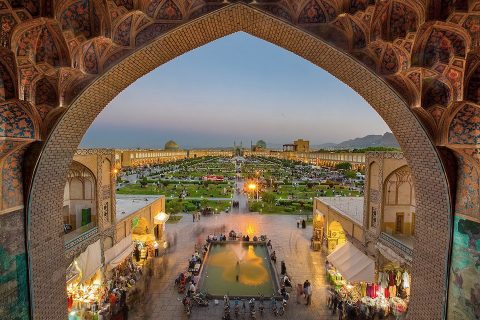 The Islamic Republic of Iran Railways (IRIR) is engaged in a significant expansion of its rail network, with the intention of radically increasing rail’s nine per cent modal share (33 million tonnes) of annual freight carried. Over 1600 route kilometres is under construction, connecting four provinces and expanding the network by more than ten percent. The government has also announced domestic traction and rolling stock building programmes. Iran is a critical transhipment route for New Silk Road trade.

The already extensive Iranian railway network is undergoing further expansion, with government announcements on progress with a number of projects. Four provinces are among the regions benefitting from rail projects valued at about 1.3 billion US Dollars equivalent (Iran is currently undertaking a change of currency from Rial to Toman).

Official statements say the priority is to complete the line from the provincial capital of Zahedan to Chabahar, connecting the Gulf port in the deep south east corner of the country, and potentially providing a rail-connected alternative to the port of Bandar-Abbas for Indian Ocean trade. Three other connections and infill projects are also due for completion within two years. The network, which is almost all standard gauge, runs to 13000 kilometres. It is almost exclusively diesel powered. Rolling stock and traction is built locally, with some additional licence agreements, such as a Siemens contract to build DMUs.

Iran provides a number of international rail corridors, connecting Europe, the Middle East and Asia. However, freight by rail only accounts for about nine per cent of traffic, despite projects like the Astara terminal on the border with Azerbaijan continuing to grow strongly, and contributing to traffic on the designated International North-South Transport Corridor (INSTC).

Russians walk out but expansion continues

However, the country’s network has not been without difficulties. Just a few months ago, a disagreement led to a Russian consortium walking out on a project to upgrade and electrify the INSTC line connecting St Petersburg and Moscow with Mumbai, via the Iranian port of Bandar-Abbas.

The country has consistently expanded its network, with a line opening on average every two years in the twenty-first century. The Transport Ministry of Iran plans for an annual expansion of around 500 kilometres. “To increase the share of freight, passenger and transit transportation through railway, the Ministry of Transport and Urban Development has put a special program on the agenda for the current year, which includes connecting at least four provinces to the rail network”, said Iran’s deputy transport and urban development minister Amir-Mahmoud Ghaffari in a recent statement to the national media.

The country’s Sixth Five-Year National Development Plan, which runs until 2021, call for the railway to account for at least thirty per cent of cargo transportation, an ambitious three-fold increase on today’s share. Passenger traffic is expected to double as well, but no deadline is given.