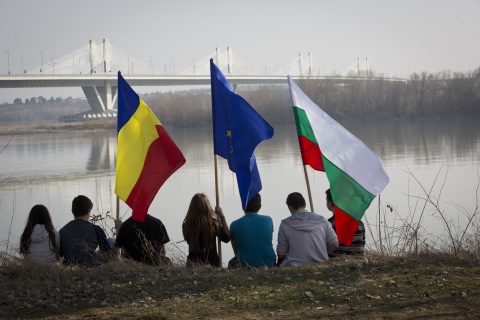 Rail freight will be the beneficiary of nearly two billion Euros of funding into strategic rail links in Bulgaria, Hungary and Romania.

The first project will see the European Union’s Cohesion Fund provide 1.3 billion Euros for the modernisation of the rail corridor from Curtici, on the border between Romania and Hungary, and Constanța, by the Black Sea.

Works will focus on significantly increasing speed and safety on the section between Curtici and Simeria, upgrading 13 train stations on the line, improving signalling and information systems and building key infrastructure like tunnels and bridges.

Corina Cretu, European Commissioner for Regional policy Corina Crețu said: “Each euro from the EU budget invested in this railway enhances territorial cohesion and economic competitiveness in Romania, further connects the country with Hungary and the rest of Europe and ensures clean, fast and safe mobility. That’s a project with 65 per cent EU co-financing and 100 per cent EU value added.”

The connection is part of both the Orient-East Med and Rhine-Danube corridors of the Trans-European Transport Network (TEN-T), crossing Romania from West to East. Several sections have been or are currently being financed with other EU funds, such as the Connecting Europe Facility (CEF) and European Investment Bank funding.

A further 471.5 million Euros is also being spent on the section of line between Elin Pelin and Kostenets in western Bulgaria. Crucially, it is part of the high speed line between the capital Sofia and Plovdiv, Bulgaria’s second biggest city, and also on the Orient-East Med TEN-T corridor.

“Seamless railway connections for passengers and freight will boost regional development in Bulgaria, and contribute to building a competitive and low-carbon economy in the country for the next generations. I’m glad that the EU Cohesion Fund can be a part of it,” added Corina Cretu.

More than 100 million Euros has already been invested by the Cohesion Fund in the Sofia-Plovdiv line in the 2007-2013 funding period, to build the rail infrastructure between Septemvri and Plovdiv. The Kostenets-Septemvri section is currently being financed by up to 151.5 million Euros from the CEF.