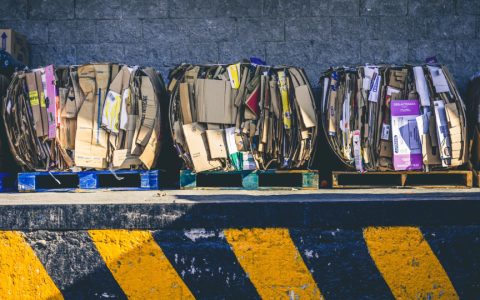 The Austrian government has put into force the Waste Management Act foreseeing the transport of considerable amounts of waste by rail from now on. The Act is in effect from 1 January 2023 onwards. Rail Cargo Group will invest 75 million euros in rolling stock to keep up with the increased waste volumes that will keep growing periodically over the years.

Waste transport constitutes a notable percentage of RCG’s domestic volume throughput. For instance, the Austrian company transports, on average, eight million tonnes of waste and other secondary materials like scrap metal per year. In 2021, waste transport was one of the main contributors to exceeding 2019 revenues by 50 million euros.

The Austrian Waste Management Act is all about shifting waste volumes to rail. What is a better way, after all, to transport waste than a climate-neutral train? The goal for 2023 is to transport by rail waste shipments exceeding 10 tonnes and with a need to move more than 300 kilometres.

However, as mentioned above, until 2026, the weight and distance limits will be adjusted twice. In a year from now, on 1 January 2024, waste transport by rail will be mandatory for distances exceeding 200 kilometres, while in early 2026, every shipment travelling 100 kilometres or more will be carried out by trains. This means that waste transport by trucks in Austria will gradually seize to exist since it will take place only over short distances.

Apart from reducing road transport options for waste, the Act also means something else. The average eight million tonnes of waste transported annually by RCG will grow considerably until 2026. As a result, the company must invest in equipment that will help it contribute to the country’s waste management plans.

Consequently, the company has already released a budget of 75 million euros that will be used to purchase new MOBILER containers and underframes. Equipment belonging to the MOBILER type “consists of containers, freight wagons and road vehicles that can be used flexibly,” underlined the company. Flexibility results mainly from the hydraulic lifting devise that MOBILER semi-trailers use, allowing them to load containers from trucks to trains quickly, easily and without needing cranes or special sidings.