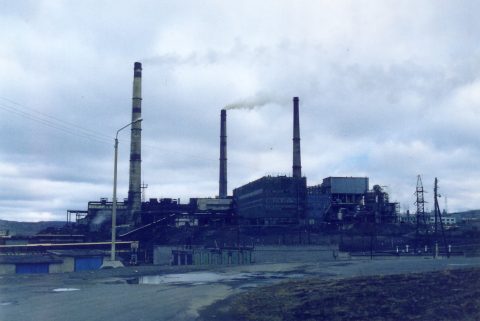 The Finnish railway company VR will stop transporting nickel from Russia to Europe in 2023, as it has announced a full stop of any Russian cargo per 1 January. However, the commodity is in high demand. Where the supply of gas required a massive shift in supply in Europe this year, the same future may be held for the supply of nickel in 2023.

Nickel is a commodity high in demand and rising in demand, as it is used in the production of batteries. With the boom of the electric car market, batteries are produced in high numbers. The growing demand for nickel is a logical result. According to media site Small Caps, it may even replace lithium as the most wanted commodity in the battery-making industry.

It is therefore not surprising that until now, nickel has not been listed as a sanctioned good by the EU. “Western companies and economies need it for the battery industry”, explained Estonian operator Operail. “In theory, it is OK to transport the commodity.”

It says in theory, because it is not transporting nickel and it will not be taking up the task next year either, when VR, the Finnish railway company transporting the cargo to Finland so far, will cease this activity. Operail will do the same; from 1 January, it will stop transporting Russian cargo. Thus, there is currently nobody transporting the much-wanted commodity to Finland.

“All contracts between RZD and VR related to freight transport have been terminated to expire by the end of the year. It is not possible to operate cross-border traffic without valid contracts, and transport cannot be operated by VR after the contracts have expired”, said VR to RailFreight.com.

Asked if there is anybody taking over the transport task, the Finnish company explained that based on the treaty, other operators have the opportunity to enter into an agreement with RZD regarding the operation of cross-border traffic. “Traficom is the license authority in Finland, and railway companies located in Finland can apply for a license from Traficom. The license granted to the railway company is valid throughout the EU.”

The Russian mining company Nornickel is already anticipating the lack of supply solutions. According to media site The Edge Markets, the company is considering cutting nickel output by about 10 per cent next year, “as some European buyers shun Russian supplies and amid a potential surplus of the metal”.

Currently, the company ships nickel to its Finnish plant Norilsk Nickel Harjavalta. The plant produces about 65,000 tonnes of nickel per year, 24 per cent of Nornickel’s total output. With this, it supplies battery materials for a BASF plant built nearby that aims to supply 300,000 electric vehicles per year. A spokesman for the Russian mining giant told Interfax that it is considering alternative options for delivering products to its Finnish plant Apart from other operators, it is looking at sea shipping.