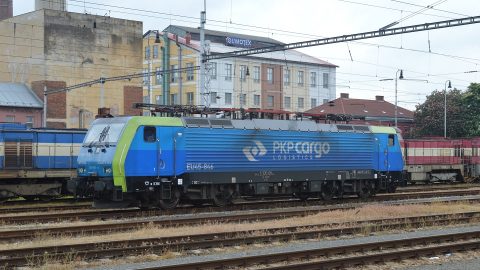 Train drivers of the Polish operator PKP Cargo are in dispute with the management board of their company. They are requesting better wages and working conditions. The trade union representing the drivers, Train Engineers Trade Union, says that drivers are mocked by the board over their requests.

Although the word strike has not been mentioned, the President of the Train Engineers Trade Union (ZZM) wrote a letter to its members saying that “they should not allow to be humiliated, and otherwise leave the company as many others have already done”, in the words of Leszek Miętek.

The trade union speaks of a fiasco at the latest meeting, where the parties could not come close to a deal. In fact, the management board was cynical towards the requests of the drivers, according to Miętek.

PKP train drivers are asking for a salary increase because inflation does not allow them to pay their bills, as is written in the letter. During the meeting, the board had agreed on a PLN 600 additional bonus paid until December 10, 2022 and a PLN 400 increase to the basic salary from April 1, 2023 with a provision preventing further salary demands until November next year. However, it changed this proposal in writing later on, leaving train drivers with little clarity.

Furthermore, Miętek continues, the ZZM has asked for bonus payments for extra hours, as drivers regularly “exceed the limit of overtime hours set out in the Labor Code by almost three times, often working senselessly, because the company is unable to organise work properly.

However, the management board said it would pay bonuses to “employees who are particularly committed, extremely available and flexibly adapting to the needs of the employer”, which is according to the trade union very unclear.

In general, the trade union is unhappy with the way the train drivers are treated by their company. In the letter Miętek writes: “For a long time there has been a policy of marginalising the role of the train drivers in the operation of PKP CARGO. I do not have to remind each of you how badly organised work is, how often you finish work in the middle of the night at a small station without any interest in what you are supposed to come home with.

Who of the employers was interested in what conditions you work in, what temperature in the cabin in the summer, access to water? Who appreciated that you are always on call for every call, because the company needs it?”

The latest (failed) meeting was held on 1 December. It is unclear when the next meeting will be held, if organised.

Other modes, those robust and resilient, they upgrade, for lower costs…
Railways, however, decisively are “cementing”, at primitive, not sustainable, “state of the art”…, at not resilient, low price and costly, infrastructure standards.
(In fact, “steering”, imposed upon majority, now officially, bluntly, is excused by shortcomings – and for favouring a minority, core clients – of railways…)
For sake of railways, of all, an upgraded, a resilient, an optimal infrastructure is needed.