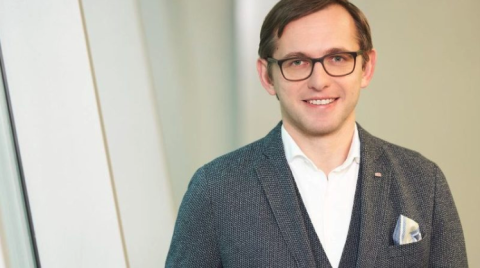 Philipp Nagl has been appointed the new CEO of DB Netz, the German infrastructure manager. The 40-year-old railway will take up his new position on 15 August 15 of this year, succeeding Frank Sennhenn, who will enjoy an early retirement after 9 years of service.

Nagl is not a newcomer to the industry. He previously worked for DB Fernverkehr, where he was responsible for long-distance transport.At that same company, he has worked as a timetable and traffic control manager.

Railroader though and through

In the meantime, he was also responsible for corporate development at the Austrian company ÖBB, a job closer to home as he is originally from Austria. Nagl: “I am really looking forward to the new challenge. I’m a railroader through and through and I want to get people excited about the railways – an efficient infrastructure is the core of this. That is what motivates me in particular in my new role.”

What is goal, of Industry of railways and of european infrastructure?
(All other modes, by sea, etc. upgrade for added loads – and lower costs…)
Goal of EU, nearness to Market, decisively has been obstructed!
(Short comings of railways, caused by cementing, at “standards”, has justified extras, imposed upon clients – of the single available alternative…)
A timely, an upgraded – and safely resilent – infrastructure, is needed!
(Now just a minority affords luxury of not caring about “eta”.)